Hearty kudos to R.K. Mehra, his son Kapish Mehra and Rupa Publications for having published their 11-volume set of Encyclopedia of Hinduism, which Indrajit Hazra, the reviewer of these volumes has described in the Hindustan Times as “a startlingly good treasure trunk for any one interested in the history of ideas to dip into.” Hazra quotes R.K. Mehra telling him that he considers the Encyclopedia to be “the most important publication of his career.”  The H.T. has displayed the review prominently under the bold heading:“Hinduism is an Intellectual System, not a Religion”.

The above caption is a telling remark picked from the comments made by Dr. Kapil Kapoor, a former Jawaharlal Nehru University professor who as Editor-in-Chief of the series, has been editing, collating and proof-reading each entry in these volumes.

The former JNU pro-vice chancellor and professor of English who also taught comparative linguistics at the University has observed: “Hinduism has no sacred text.  It is also deeply and widely interpretative.”

The inspiration for the Encyclopedia of Hinduism came about following aSahasra Shivalinga Abhishekam at the Hindu-Jain Temple in Pittsburgh, Pennsylvania, USA, in 1987. The idea was conceived by Swami Chidanand Saraswati, President of Parmarth Niketan Ashram, Rishikesh (Uttarakhand).  Several revered spiritual leaders attended this Abhishekam, including Swamiji’s Gurudev, Swami Dharmanandji.

On November 21, 1987, the India Heritage Research Foundation was formed with Swami Chidanand as Chairman, and Sadhvi Bhagwati Saraswati as Secretary to execute this idea of preparing an authoritative, comprehensive and up-to-date Encyclopedia of Hinduism.  Swamiji selected Dr. Sheshagiri Rao, a renowned and respected Professor at the University of Virginia, as Chief Editor of the Encyclopedia.

Between 1987 and 1992 Swamiji and Dr. Rao traveled around the globe meeting eminent scholars of Hinduism and Indic studies.  An international team of hundreds of scholars was established.

In 1998, Honorable Atal Bihari Vajpayee, Prime Minister of India at the time, graced an event held in New York by IHRF, on behalf of the Encyclopedia.  Shri Vajpayee spoke effusively in praise of the undertaking, saying, “Your undertaking is rightly called the ‘Project of the Third Millennium.’ This is a monumental undertaking.  It is indeed a Jnana Yajna.  Hence, all those who have offered their time, talent and scholarship as ahuti for the success of this yajna deserve our heartist applause and felicitations.”

In early 2006, Dr. Kapil Kapoor, Professor of English and Concurrent Professor of Sanskrit Studies who had just retired as Rector, Jawaharlal Nehru University, Delhi took over as Editor-in-Chief.

In a brilliant 44-page scholarly Foreword by Dr. Karan Singh to the first Volume the opening paragraph says:

“The religion that has come to be known as Hinduism is certainly the oldest and most varied of all the great religions of the world. The word ‘Hinduism’ itself is a geographical term based upon the Sanskrit name for the great river that runs across the northern boundaries of India, known as the Sindhu. For those living on the other side of this river, the entire region to the south-east of the Sindhu, which the Greeks called the Indus, came to be known as the land of the Hindus, and the vast spectrum of faiths that flourished here acquired the generic name Hinduism. In fact, Hinduism calls itself the Sanatana Dharma, the eternal faith, because it is based not upon the teachings of a single preceptor but on the collective wisdom and inspiration of great seers and sages from the very dawn of Indian civilization.”

“The long awaited publication of a massive eleven-volume Encyclopedia of Hinduism is a major publishing event. Many years of scholarship, organization and devotion have gone into the preparation of what will be a landmark in the history of Hindu research. While there are many excellent books on various aspects and texts of Hinduism, and also some attempts at a wider presentation, nothing of the dimensions of this Encyclopedia has ever been attempted before. This will surely become an essential acquisition not only by libraries and universities around the world, but also for individual Hindus who are interested in owning this magnificent set of books.

The editors, contributors and publishers have all earned great spiritual merit by producing this Encyclopedia. It is my sincere hope that it will lead to a better understanding of the great Hindu religion, not only among Hindus themselves but among all those who are interested in the study of religions and the Interfaith Movement.”

Indrajit Hazra opens his piece (H,T. January 14, 2012) with his conversation with R.K. Mehra, Chairman, Rupa Publications Group, “over a fabulous spread of homemade vegetarian food.” While Hazra was hardly able to conceal his reservations about the venture, Rajan Mehra sought to impress upon him about the kind of uncompromising “Professionalism” that had gone into the production of this giant compendium.

A self-confessed “non-practising Hindu atheist”, Hazra seems to have shed all his initial cynicism after interacting with Dr. Kapil Kapoor who told him “Even most Brahmin scholars don’t know about most of the matters that they pass off as Hindu.  Like nuclear science, Hinduism is essentially a system of knowledge and this encyclopedia attempts to explain various elements for both the scholar as well as the student of ideas.”

Hazra writes in this review:

“The proof of the pudding, of course, is in the eating.  So it is to the encyclopedia that I, a non-practising Hindu atheist, go to. The format is straightforward and along the lines ofEncyclopedia Britannica. Starting from ‘Abadhita-Jnana’ in Volume 1 (“non-contradictable knowledge….”) to ‘Zoroaster (Zarathustra)’ (the founder of Zoroastrianism…) ten volumes later, the entries are crisp, provide background and foreground, and come with a bibliography (the entry on Abadhita-Jnana includes JF Staal’s 1961 book, Advaita and Neoplatonism).

The production is excellent, as is the quality of images that are scattered across the volumes. With entries that include the ‘Dhammapada’ (the main text of Theravada Buddhism), the ‘Chipko Movement’ (the organized environmental movement to resist the destruction of forests in India’), as well as the ‘Saura Mandala’ (Solar System), clearly, this is an encyclopedia that doesn’t define ‘Hinduism’ in any narrow, proselytizing way.”

For all lovers of democracy in India today, 18th of January, is a date which cannot be forgotten. It marked the beginning of the end of the darkest chapter in the history of Indian democracy.

On this day in 1977, the then Prime Minister Smt. Indira Gandhi decided to hold the Lok Sabha elections which were due to be held in 1976, but which by virtue of the Emergency, had been deferred.  My Jail Diary published under the title A Prisoner’s Scrap-book records :

“It is around 1.30 in the afternoon when the Bangalore Jail Superintendent comes to my room and says that a wireless message has arrived from New Delhi revoking my detention order (I had been arrested 17 months earlier, on June 26, 1975)”

Just before leaving jail I was handed a heap of letters not delivered to me earlier. There were about 600 letters mostly from abroad.  Quite a few of them were Christmas or New Year Greeting Cards.  But there was a line or two inscribed on each.

Here is a sample – a Christmas Card from one Laurie Hendricks from Amsterdam in Holland.  She wrote: “Freedom and hope don’t go hand in hand.  They can steal your freedom but can’t take your hope”.

Yes, they stole the freedom of 600 millions, but they just could not destroy their hope !.

In the elections held in March, 1977, the people of India asserted themselves, and restored Democracy, which had come under eclipse for nineteen months.

Thu Jan 19 , 2012
Thrissur, Kerala: A noted RSS activist, Sharon,belongs to Manaloor area of Thrissur in Kerala was allegedly killed by CPM supporters. He was brutally attacked yesterday Jan 19, 2012 night and admitted to an hospital.  But injury was so severe, he was succumbed to death today morning. email facebook twitter google+ WhatsApp 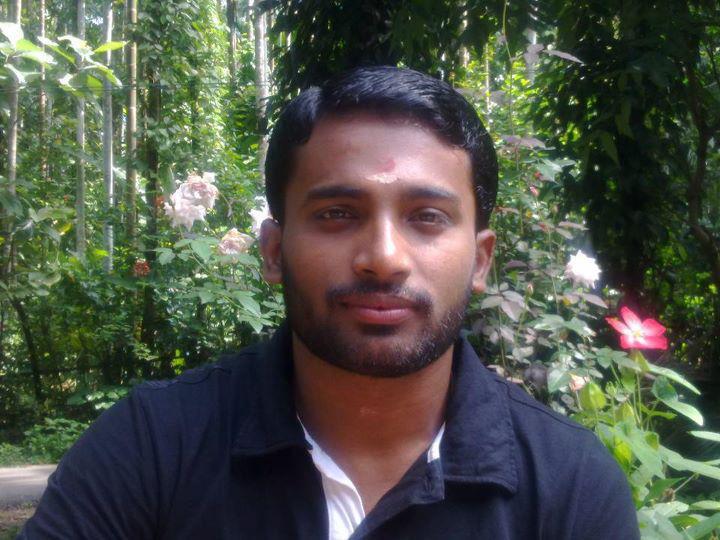