A WORD OF CAUTION FOR INDIA A recent addition to my personal library is a glossy, picture book titled – “100 CITIES OF THE WORLD : A journey through the most fascinating cities around the globe.”

As I glanced through the Contents listing the hundred, Continent-wise, I was struck by the fact that India’s capital, Delhi, was not included in this list. The two Indian cities mentioned in the Asian tally of twenty two were Kolkata and Mumbai.

For Indian readers, a more interesting addition to my library this week is a thought provoking book by Ruchir Sharma, head of Emerging Market Equities and Global Macro at Morgan Stanley Investment Management. In this book titled Breakout Nations, the author, who is based in New York, affirms that “the astonishingly rapid growth over the last decade of the world’s celebrated emerging markets is coming to an end. The era of easy money and easy growth is over. China, in particular, will soon slow, but its place will not necessarily be taken by Brazil, Russia or India, all of which have weaknesses and difficulties often overlooked in the inflated expectations and emerging markets mania of the past decade.”

This book identifies “graft driven inflation” and “crony capitalism” among the weaknesses and difficulties that can be a damper for India’s high expectations.

Referring at some length to the series of scams that have surfaced during the U.P.A. regime the author writes that when he wrote about this for a Newsweek cover story he was dubbed a party spoiler. Top government officials told Sharma, “such cronyism is just a normal step in development, citing the example of the robber barons of nineteenth century America.” “Prime Minister Singh, asked privately about the corruption problem, supposedly told people not to spoil India’s image by going on and on about this.”

This particular chapter dealing with our problems starts with Europe’s nineteenth century fascination with India’s well-known magic show, the Rope trick. The caption significantly given to the chapter is “The Great Indian Hope Trick”!

“As soon as companies from emerging nations start expanding their interests abroad, it is usually celebrated as a giant step for the whole country. But in India the moves suggest that many companies are going abroad in part to avoid the problems of doing business in the home market. Lately businessmen in Delhi and Mumbai have been complaining ever more bitterly that the cost of starting new businesses in India has gone up dramatically over time because of the sharp increase in the number of demands for government payoffs. Investment by Indian business has declined from 17 percent of GDP in 2008 to 13 percent now.

“At a time when India needs its businessmen to reinvest more aggressively at home in order for the country to hit its growth target of 8 to 9 percent (foreign investment is well below the required totals), they are looking abroad. Overseas operations of all Indian companies now account for more than 10 percent of overall corporate profitability, compared with just 2 percent five years ago. Given the potential of the domestic marketplace, Indian companies should not need to chase growth abroad. (In 2010 more than a third of Indian households had, by local standards, a middle-class income equal to between $2,000 and $4,200, up from 22 percent in 2002½ But just over half the earnings of India’s top-fifty companies are now ‘outward facing’ or dependent on exports, global commodity prices, and international acquisitions.”

In his latest interaction however, with a group of eminent economic thinkers (reported in today’s Indian Express), Ruchir Sharma has been more optimistic about India.

A sector in particularly bad shape these days is the airlines sector. You talk to any section of the Air India staff – pilots, airhostesses, or any other – and you will hear endless complaints. And this is in an airline which when I first traveled on when I become an M.P. way back in 1970, had an excellent reputation all around the globe. Even private airlines like Kingfisher are facing a serious crisis.

So, it was a delight to learn that the newly constructed Indira Gandhi International Airport has been reckoned as the sixth best airport in the world, and in a certain specific category the second best. The evaluation has been done by the Airports Council International, a worldwide association of airports having 575 members operating over 1633 airports in 179 countries.

Passing through this newly built airport which caters both to domestic as well as foreign services, I was impressed by a beautifully sculpted tableau of the twelve postures which add up to the well known Yoga exercise of Surya Namaskar. The sculptor, I discovered, is one Ayush Kasliwal of Jaipur. Hearty compliments to G. Subba Rao of G.M.R. who must have conceived it, and the artist who has executed it.

It did remind me of the rumpus raised by some perverse politicos when Shivraj Singh Chief Minister of Madhya Pradesh initiated a massive programme of Surya Namaskar in the schools of the state. Those objecting to the exercise said that the State Government’s proposal was anti-secular. It is believed that since January this year lakhs of students in more than 6000 schools have been doing Surya Namaskar in the state.

This blog begins with a reference to Ruchir Sharma’s book Breakout Nations. The prologue to this book is a caustic comment on the sort of vulgar decadence that seems to be infecting the life style of the affluent here. Sample these opening paragraphs:

It’s been a long time since the farmers left the “farmhouses” of Delhi, and though the name lives on, it now describes the weekend retreats of the upper class, playgrounds on the fringes of the city where unmapped dirt lanes wind through poor villages and suddenly open onto lavish mansions with sprawling gardens and water features; in one case I even came upon a garden with a mini-railroad running through it. This is the “Hamptons” of Delhi, the city’s party central, where event planners will re-create Oscar night, Broadway, Las Vegas, even a Punjabi village for the home-sick, complete with waiters in ethnic garb.

On a foggy night in late 2010 I made my way to one of these famously decadent bashes, where the valets were juggling black Bentleys and red Porsches, and the hosts invited me to try the Kobe beef they had flown in from Japan, the white truffles from Italy, the beluga caviar from Azerbaijan. It was hard to talk over the pulsating techno-beat, but I managed to engage in a chat with a twenty – something son of the farmhouse demimonde – he was a classic of the type, working for his dad’s export business (it always seems to be “exports”), wearing a tight black shirt, hair spiky with grooming gel. After determining that I was a New York – based investor back in town to search for investment opportunities, he shrugged and remarked, “Well, of course. Where else will the money go?”

“Where else will the money go?” I left the Party around midnight, well before the main course was served, but the comment stayed with me. 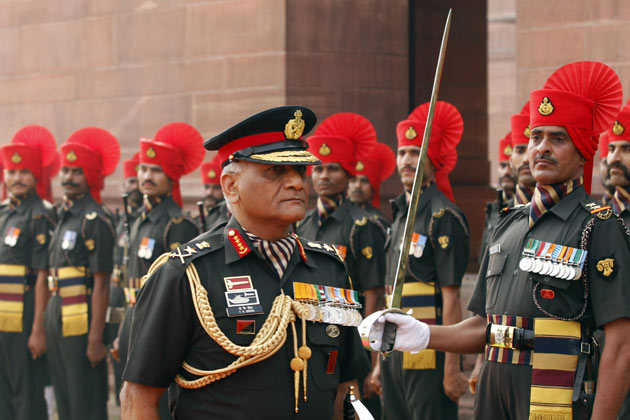