Shri Arun Kumar, Akhila Bharatiya Saha Samparkha Pramukh who visited Chennai last week threw some light on how media has projected the Kashmir issue and the real position prevailing in that region.

Majority of ordinary Indians are emotionally attached to J&K and want it as an integral part of Bharat. Most of the intellectuals in India are in a defeatist mood and suggest that we should leave Kashmir and move on. The year 2012 is the year of Bharat in J&K.  We had two such situations earlier as well when the J&K could have been easily integrated with Bharat. The first was in 1947 when there was no sense of alienation and we could have extended the entire Indian constitution to J&K. The second time was in 1971 when 94000 Pakistani troops surrendered to Indian Army and the Kashmiris were disillusioned with Pakistan. The political leadership of India failed to capitalize both these occasions.

Today, terrorism in Kashmir is in its final days and there is no live support structure for terrorists in J&K. Separatists have learned three important things:-

2.     India cannot be defeated or made to bow down through arms struggle.

3.     Nationalists of J&K cannot be taken for granted. Amarnath agitation was the turning point in the struggle between Nationalist and Separatist forces.

The current socio-political milieu is very favourable for the nationalist forces. The ruling party requires support of the MLAs from Jammu and Ladakh to remain in power. All the major parties have equal support in Kashmir Valley. There are many differences amongst the separatist leaders and groups. Thus, this is our time to move in and carry on our work.

What should we do? – A nation wide information/ awareness campaign covering the seven points mentioned below about J&K is to be taken up immediately. It is our duty to carry on this campaign among all sections of society particularly, Sangh Swayamsevaks, intellectuals, media and opinion makers.

A.   We have to clear 4 myths that are in the mind of the nation about J&K.

B.   We have to spread 2 important points about J&K: – for this we have to change the discourse on J&K.

1.     Myth of Separatism: Everyone think of J&K as a separatist and anti-Indian state. This is a wrong notion. Separatists are active only in Kashmir. Kashmir is the smallest region of the state with a Muslim-majority. All the separatist leaders are from a single community – Kashmiri speaking Sunni Muslims. All the other communities including Gujjar, Pahadi and Shia Muslims are fighting against the separatism and so-called alienation.

2.     Myth of Dispute: There is a big confusion about merger of J&K with India even in the minds of the senior leaders of our nation. Raja Hari Singh of J&K signed a document of accession which was the standard format used for the accession of all the other Princely states with India. This was unconditional. The only document which talks about asking the wishes of people is a letter from Lord Mountbatten – this is not a collateral document and hence not legally substantial. On 6th February 1954, the J&K Constituent Assembly (duly elected by people of J&K) ratified the accession of J&K to India. Hence, legally and constitutionally, J&K is an integral part of J&K India.

3.     Myth of Plebiscite: There is a general belief among intellectuals of India that we have committed for a plebiscite in UN. There is no such commitment. India complained on 1st January 1948 to UN Security Council under UN Charter 35 to force Pakistan to withdraw their aggression from our lands. In 1958, UN Security Council proposed a resolution which called for unconditional withdrawal of Pakistan forces from POK, disbanding of AJK government, extension of J&K Government to AJK, resettling all the Indians who were forced to leave AJK, India to move required number of forces and J&K Government to conduct plebiscite under the supervision of UN Plebiscite Commissioner. Pakistan did not agree and act upon this UN proposal; hence there is no need for India to carry on any plebiscite.

4.     Myth of Autonomy: The only purpose of Article 370 is to extend the union constitution to J&K. It neither gives special status nor guarantees autonomy for J&K. The heading of Article itself says it is temporary and this needs to be repealed. It was only a political fraud to keep the so-called Kashmir separatism alive.

B. Change the discourse on J&K from Kashmir to POK: We have to make the Nation aware of two important points about J&K:

1.     The current POK is very important for India’s security and economic growth. To illustrate, Gilgit (Baltistan) is the only place on the earth which was the meeting place of 6 empires. For the past 2400 years, except for the British, all invasions on Bharat were through Gilgit. If Gilgit is safe, it means India is safe. Gilgit lies on the ‘Silk Route’. Gilgit is connected by road to many important cities of the world such as Moscow, Iran, Dubai and London. Through Gilgit, we can get gas through pipelines from Tajikistan.

2.     The entire people of J&K are the real victims, not just the Kashmiri Muslims. In particular, there are more than 20 lakh refugees from J&K who have lost their homes. This also includes 4 lakh Kashmiri Pandits who became refugees in 1990s. More than 10 lakh refugees came from POK during 1947 war and many more were affected by terrorism. Many good provisions of Indian constitution are not extended to J&K. For example, in Jammu and Ladakh, there was no reservation for SCs till 2007.

C. Proactive Agenda: We should set a proactive agenda to reach the people and get back POK. In J&K, the nationalist people feel that the problems are created, nurtured and carried on by Delhi. Whenever the time was ripe for integrating J&K with Bharat or abrogation of Article 370, the Central Government has miserably failed. Even now, interlocutors sent by the Government have come out with recommendations that are not only anti-national but also contradict the stand taken by the Government itself. Some of their recommendations are: –

c.      Independence Day and Republic Day are the most celebrated public programmes of Jammu and Ladakh regions.

d.     The J&K Maharaja used to pay only four goats and four Kashmiri Shawls for paramountcy to Britishers.

e.      Lord Mountbatten accepted the accession of J&K with India and so was not given an audience with the British Crown till his death.

f.       Sri Krishna Menon spoke for 8 hours in UN Security council on J&K on 23rd Jan 1957. This speech answers all the legal and constitutional questions on J&K.

g.     26th October (Kashmir’s accession to India) and 22nd February (Parliament unanimously passed a resolution of taking back POK) should be celebrated as Kashmir day and Sankalp Diwas respectively all over the nation. 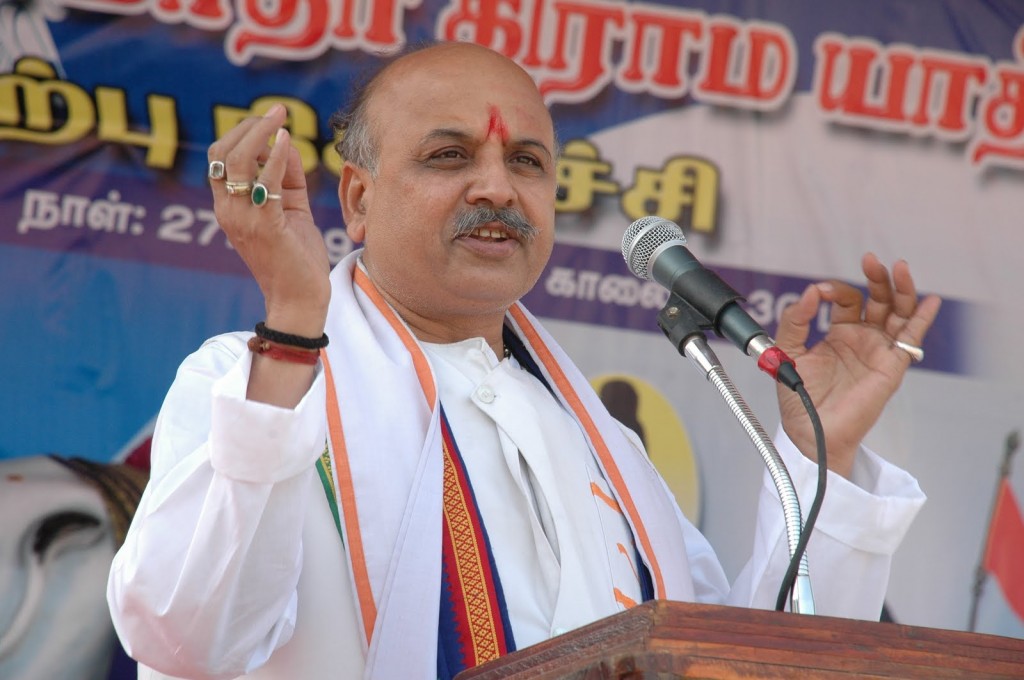