With more than 40 people reported dead and over 1.5 lakh displaced in a week, the Kokrajhar riots between Bodos and Muslims have again brought into focus certain issues that are not limited to Kokrajhar district, or for that matter to Assam. There will be the usual game of getting as much mileage from the dead and the displaced. There will be a lot of talk of Assam becoming another Bangladesh or even Pakistan, with careless fear mongering thrown in for good measure. There will be others who will sell the absurd fiction that almost no illegal migrants from

If one looks at a special kind of map of the world, the type where different population densities are marked with different colours, something sticks out. The part of the world with one of the biggest continuous stretches of the highest range population density is Bengal — East and West. Now incompletely split along religious lines, the Bengals are pressure cookers — with millions of desperately poor people looking to migrate to any area with slightly better opportunities. With this in mind, let us come to Assam.

Today’s Assam state is the successor to the much larger province that included the huge Muslim-majority district of Sylhet, much of it now in Bangladesh. When Sylhet was a part of Assam before Partition, Muslims were an important contending power bloc.

Sylhet was also partitioned in 1947 on the basis of a referendum.

The largely non-Muslim Congressites in Assam did not even campaign seriously for the referendum, for they were only too happy to see Sylhet go, so that they could have a complete grip over the legislature minus the Sylheti Muslim threat to power. The origin of the feeling of being slowly outnumbered and besieged also has a certain past. This feeling never died out. The post-Partition demographic shift of Assam has again started sliding back. The presence of Bengali-speaking migrants from Bangladesh has led to a slow growth in this siege mentality. The reluctance to fulfill the terms of 1985 Assam Accord has added fuel to fire.

The Bengali population bomb is not only Muslim. To the east and northeast of Bengal are territories that tribes have inhabited for centuries. Due to the post-Partition influx of refugees, some of these zones have become Bengali-Hindu majority homelands.

One prominent example is Tripura. This tribal majority kingdom, inhabited by many tribal groups, most notably the Riyangs, is now a Bengali-Hindu majority state. There is the same kind of tribal son-of-the-soil versus settler-Bengali conflict as in Assam with a crucial difference. Here the Bengalis are the clear victors. The future of the tribal groups possibly lies in tenacious identity-preservation in ‘Bantustans’ called autonomous councils or slow cultural assimilation into the Bengali ‘mainstream.’

A similarly sad saga is unfolding in Bangladesh where the government, in its immense wisdom, settled large groups of desperately poor landless Muslim Bengalis in the hill tracts of Chittagong. The Chittagong Hill Tracts, one of those ‘anomalies’ of partition, had a solid tribal-Buddhist majority, all through the Pakistan period. After active state-supported migration schemes, now the Chittagong Hill Tracts are Bengali Muslim majority, except on paper. The army is stationed there largely to protect settler colonies as they expand. Clashes between the indigenous tribes and the settlers are common, with the military backing the settlers to hilt. Human rights violations of the worst kind, including killings, rapes, village-burnings and forced conversions, have happened, aided and abetted by the state. Like Assam, there has been an accord in response to insurgency by the tribes. It remains unimplemented.

All of this is happening in a global context, where the questions of ‘special’ indigenous rights are being raised. Some of it takes the form of racial politics of the majority as in certain European nations. There are the interesting cases of ‘cosmopolitan’ cities like Mumbai and Karachi — with sons-of-the-soil in and out of power respectively, but both with a strong undercurrent for rights of the local. It is easy to label these as ‘xenophobic’ or ‘prejudiced,’ especially in the 21st century ‘interconnected world.’ But this, too, is dissidence and of a primal variety that dare not tell its name in these times. I am not talking of ‘nationalism’ but a variety of ‘ethnocentrism’ which has known and lived in a territory and now finds too many ‘outsiders’ in that space, playing by different rules, making their ‘own area’ less recognisable, all too sudden. The reaction to this loss of familiarity and challenge to position from ‘outside’ groups constitutes a strain that cannot be shouted down for its supposed political incorrectness. Often, such migrations happen in spurts and successive waves, where kinship ties are crucial. Such settlers have more in common with co-settlers than the indigenous. Often, the settlers have a perilous existence, partly due to the animosity of the indigenous. This leads to huddling with the known rather than with the unknown. This inhibits the kind of integrative processes that in the past led to the formation of new communities. The host communities need special rights. We need creative and serious devolution of power to local bodies.

The writer is a postdoctoral scholar, Massachusetts Institute of Technology

Thu Aug 2 , 2012
Assam -August 2: The violence in Assam has subsided but the rehabilitation and other sewa activities has to start immediately. Following is the latest updates from Assam Sewa Bharathi pramukh Shri Surendra Ji. Present condition and sewa activities: 1) Sewa activities is reaching more than 60,000 victims of riots 2) Victims have […] 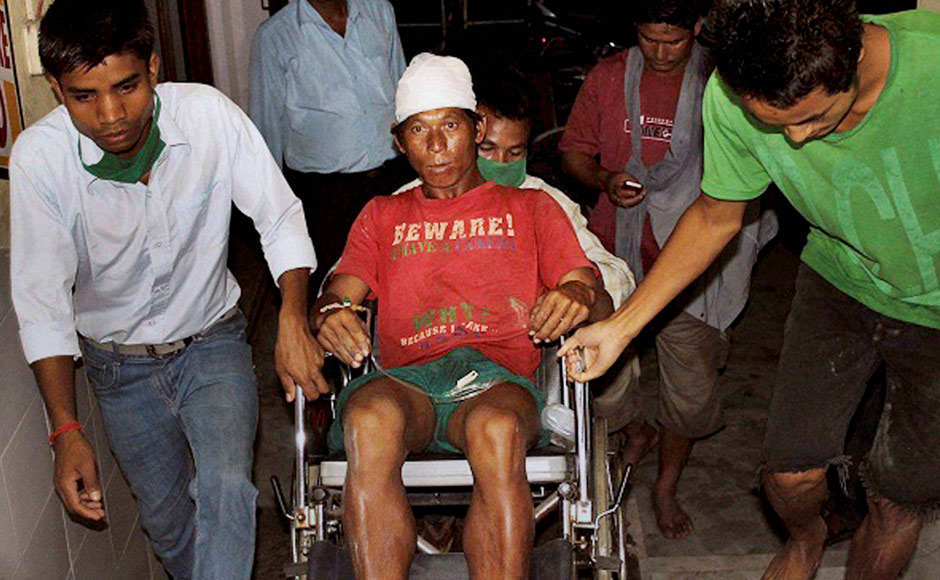