It was one of those lazy Tuesdays. But all of a sudden in a matter of just 2 hours, the veteran journalist Francois Gautier started igniting sparks on the social network. For those who don’t know much about Francois, he is a Paris born French man, prolific writer, author of several books, including “India’s self denial”. He has met most of the key Indian political people over the past 3 decades and knows India and Hinduism very well. On the personal side, he has married Namrita, an Indian girl from Delhi and  feels that India has given him so much – spiritually, professionally, emotionally, sentimentally, that he has to repay a little of this debt. He is a very popular pro-Hindu voice out in the journalistic world today. His today’s tweets (Twitter handle: @fgautier26 ) were so sharp and focused, they would literally give a heart attack to the well established and nicely “rewarded” anti-Narendra-Modi cottage industry stalwarts. Because truth when brought out with solid proofs, can demolish even a decade old cottage industry, built with lots of pampering from various influential quarters.

Read further.. you will know why.

At a high level, his tweets today were mostly focused on the key names being flaunted by “secular” parts of media in India today, Teesta Setalvad and Sanjiv Bhatt. They are being hailed as the warriors fighting against the “injustices” meted out by Narendra Modi, his party the BJP and their “state sponsored” atrocities.  Since this version has been peddled for 10 years from the unfortunate riots of Gujarat in 2002, almost every segment of our society has in some way been made aware of the “draconian” Hindu “Fascists”.

Most of us who follow news from both sides, the pro-Modi and anti-Modi, can easily say that most of this “outrage” is manufactured. It was not like 2002 was the first time Gujarat saw riots. In fact it had seen much worse riots when Indira Gandhi was the PM in 1969. But for the “secular” brigade, 2002 is when the word “riot” even started, as one of my online friend quipped!

Here is the gist of information Francois tweeted, with exemplary research backing them. He methodically demolishes the mountain of lies built by anti-Modi brigade.

He starts off with a full fledged attack on Teesta Setalvad, the Padma Shri “awarded” leader of this bash-Modi cottage industry. He presents a Hindi video in which Teesta Setalvad ‘s former colleague Rais Khan has made startling revelations about filing false affidavits.

Teesta Setalvad ‘s former colleague Rais Khan has made startling revelations by filing an affidavit before the Nanavati commission… extracts from his first ever TV interview.

Then he features another video, this time showing Yasmeen Sheikh, the Best Bakery Case prime prosecution witness, who has accused Teesta Setalvad on camera, of forcing her to lie. 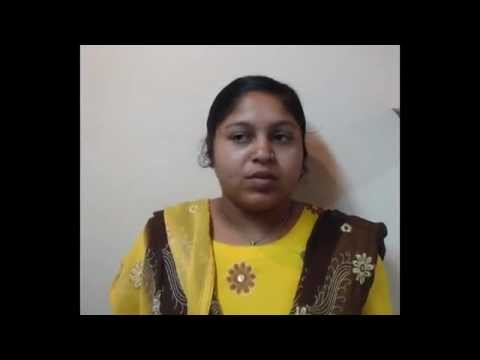 Yasmeen Banu Sheikh, a prime prosecution witness in the Best Bakery Case in her affidavit dated 17/06/2010 to the Chief Justice Mumbai High Court has accused Teesta Setalvad for forcing her to lie in the Trial court at Mumbai.

The same Yasmeen’s statements are shown here in Gujarati.

Headlines Today journalist Rahul Singh has alleged in a affidavit submitted to the Dy. Superintendent of Police, Lunawada that Teesta Setalvad did not tell him that the Pandarwada graves were legal. She did not inform him that she had not taken proper permission from the authorities to dig up the graves and that she knew that the bodies were buried by the police with proper procedure

Exhumation of the dead bodies without prior permission of the competent authorities constitutes an offence under sections 192 (fabricating false evidence), 193 (punishment for false evidence, 201 (causing disappearance of evidence), 120-B (criminal conspiracy), 295 (A) (deliberate and malicious acts intended to outrage religious feelings) and 297 (trespassing on burial places) of IPC.

Now back to Rais Khan. He accuses Teesta Setalvad of being connected to Muslim fundamentalists and threatening him. Even 4 or 5 Burqa clad women were used to warn his wife to “restraint” him.

Raiskhan Aziz Khan Pathan has written to the Chief Justice of the Mumbai High Court seeking his help in view of the threats he has received from Muslim fundamentalists on behalf of Teesta Setalvad. 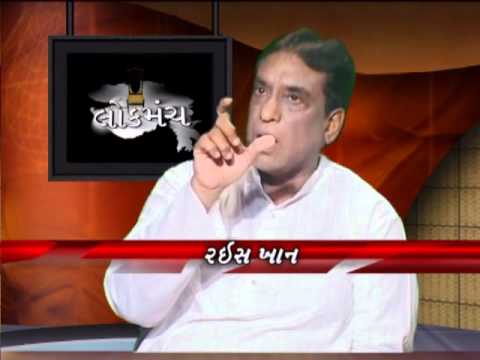 Not just that. Rais also claims his email ID is hacked by Teesta Setalvad. Maybe he became too much of a “whistle-blower” against the well funded cottage industry making a living out of demonizing Narendra Modi.

It gets more ugly now. Franocis Gautier exposes how Teesta Setalvad ‘s NGO paid Gujarat Riot witnesses – Bank Statements. And these paid folks were paraded by Indian media as “genuine” victims all along. What a shame!

Not only paying, Teesta and company also tutored witnesses per Francois, in this “The Truth behind Best Bakery case” document proof.

Raiskhan Aziz Khan Pathan an ex-employee of Teesta Setalvad ‘s Citizen for Justice & Peace (CJP) has filed an affidavit on 26th September, 2011 with the Chief Justice of Mumbai High Court for the re-trial of the Best Bakery case. He has in his affidavit to the Chief Justice narrated the whole sequence of incidents – of how witnesses were brought to Mumbai, kept in Bhindi Bazaar, and tutored by Teesta Setalvad for giving false testimonies in the court. He has also requested the court to direct forensic science labs to do lie detector / polygraph test of himself & Teesta Setalvad to bring the truth before the court.

Then Francois exposes the most serious crime of Teesta Setalvad. Her perjury in the highest court of the country, the Supreme Court.

Francois presents document that Teesta Setalvad committed perjury by signing Zaheera Shaikh’s affidavit which was filed in the Supreme Court in CRL.M.P. No. 1250-1253/2004

Not enough of Teesta’s exposure already? Francois says no, and presents us a list of the criminal allegations against Teesta Setalvad, with neat click-able reference links. In this article, Rais Khan, Yasmeen Sheikh, Rahul Singh, Zaheera Shaikh’s cases are described and Teesta fully exposed.

Then Francois switches the gear and shows us from the SIT report itself, how Congress, Teesta Setalvad, Sanjiv Bhatt & Times of India colluded against Narendra Modi. This is extremely dangerous for democracy, particularly when journalism is colluding with seemingly blatant liars to topple a democratically elected Chief Minster and his government. Just count the number of journalists in this SIT report extract 🙁

Then he brings in a different topic, by presenting us with a critique of Gujarat Riots SC bench Justice Aftab Alam’s thoughts on Secularism. This is relevant considering the “minority” tag being pampered extensively by those employed in the anti Modi cottage industry.

He (Judge) accepts, “An over-emphasis on community specific rights does not seem to do any good to anyone, not even to the minority groups. It is argued that it only serves to strengthen the walls separating the minority from the majority and acts as a barrier for the members of the minority community to join the national main stream education and the avenues that open up from there.”

Then Francois presents us some entertainment wherein Teesta “Liar” Setalvad runs away from TV debate 🙂 Meenakshi Lekhi made Teesta run away from a debate so effortlessly.. That’s what happens when a castle built of lies is exposed by the knowledgeable.

The last two links presented here are probably the most controversial. Now Francois goes all out against Teesta Setalvad and Arundhati Roy, for concocting the stories and how they are fully discredited in the realm of true justice. He first shows us how Teesta Setalvad is the champion of anti-nation and anti-Hindu NGO industry in India.

Even so, the bench comprising the CJI (Chief Justice of India) queried, who is this Teesta Setalvad? Is she a spokesperson of these persons or petitioners?”, “There is one article that appeared (written by her). If she is representing these persons (Godhra accused) we do not want to hear them,” the bench said. The Chief Justice was particularly disconcerted over allegations that hearing on post-Godhra cases were fixed in such a way that it gets adjourned.

Then he presents us with a damning proof of how Arundhati Roy and New York based Human Rights Watch NGO spiced up Gujarat riot incidents.

Among the most morbid canards, the novelist Arundhati Roy’s vitriolic article (Outlook magazine, May 6th, 2002). She describes the event which precedes Ehsan Jaffri’s death (extract):

…A mob surrounded the house of former Congress MP Iqbal Ehsan Jaffri. His phone calls to the Director-General of Police, the Police Commissioner, the Chief Secretary, the Additional Chief Secretary (Home) were ignored. The mobile police vans around his house did not intervene. The mob broke into the house. They stripped his daughters and burned them alive. Then they beheaded Ehsan Jaffri and dismembered him…

Wait a minute. Jaffri was burned alive in the house, true — is it not awful enough? Along with some other 41 people. Not enough? But his daughters were neither “stripped” nor “burnt alive.” T. A. Jafri, his son, in a front-page interview titled “Nobody knew my father’s house was the target” (Asian Age, May 2nd, Delhi ed.), felt obliged to rectify:

Among my brothers and sisters, I am the only one living in India. And I am the eldest in the family. My sister and brother live in the US. I am 40 years old and I have been born and brought up in Ahmedabad.

There we are, reassured as regards Ehsan Jaffri’s children. He had only one daughter, who was living abroad. No one was raped in the course of this tragedy, and no evidence was given to the police to that effect.

The Gujarat Government sued Outlook magazine. In its May 27th issue, Outlook published an apology to save its face. But in the course of its apology, the magazine’s editors quoted a “clarification” from Roy, who withdrew her lie by planting an even bigger one: the MP’s daughters “were not among the 10 women who were raped and killed in Chamanpura that day”! From Smita Narula to Arundhati Roy, “four or five girls” had swollen to “ten women,” equally anonymous and elusive.

After reading and watching all these, if you are still a person who remains a firm believer of Teesta Setalvad, Sanjiv Bhatt, Arundhati Roy and their well funded anti Modi cottage industry, we can only say God Bless! 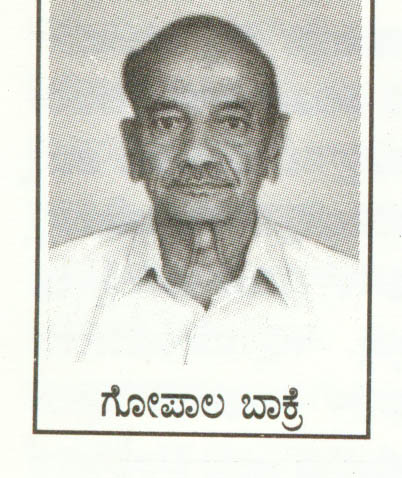