A distinguished visitor to New Delhi last week was Jalil Abbas Jilani, Foreign Secretary of Pakistan. He had earlier worked in the Pakistan High Commission in New Delhi and was Deputy Head of the Mission here. Mr. Jilani came to meet me at my residence along with several other Pakistani officials including the newly arrived Pakistan High Commissioner Salman Bashir. The Pak officials were at my place for nearly an hour and there was a free and frank discussion with regard to several issues concerning Indo-Pak relations.

The Pakistani Foreign Secretary was all praise for the NDA Government’s earnest efforts to restore normalcy and goodwill between India and Pakistan. I said to him that for us the greatest regret has been that the joint statement issued by Gen. Musharraf and Shri A.B. Vajpayee at Islamabad after the SAARC Conference affirming that Pakistan would not allow any part of its country or any area under its control to be used for terrorist operations against India has not been sincerely followed up.

Today, I said to him, there are numerous terrorist outfits active in Pakistan. There is no denying that lately more people are dying in Pakistan at the hands of terrorists than they are dying in India. And so, Government of India as well as the people here are conscious that Islamabad is today proactively fighting terrorism within its own borders. But the shared view here also is that while Pakistan is taking head on terrorist groups such as Tahreik-e-Taliban-e-Pakistan (TTP), which has been targeting Pakistan, it continues to provide assistance to groups like Lashkar-e-Toiba (LET) and Hizbul Mujahideen (H.M.) whose target is India.

An even more distressing aspect of continuing Indo-Pak tension on the issue of terrorism is the safe haven Pakistan still provides to declared terrorists and absconders like Dawood Ibrahim. If taking a cue from Saudi Arabia, Pakistan can hand over Dawood Ibrahim to India, it can overnight change public perception in India about Pakistan.

On January 11, 2011, M.J. Akbar’s brilliant book on Pakistan titled Tinderbox was released in New Delhi.  Presently the author has left for a short trip to the U.S. for a book tour of the country to coincide with the release of the American edition of Tinderbox.

I remember that on the very day this book was released in India last year, a ghastly murder took place in Pakistan. Salman Taseer, Governor of Pakistan’s most populous state, Punjab, was assassinated by a member of his personal security detail. Taseer had invited the fanatic’s wrath because of his outspoken defence of a Christian woman, Aasia Bibi, at that point of time facing a death penalty on charges of blasphemy. The Punjab Governor had been boldly advocating repeal of blasphemy laws.

In his introduction to the book, Akbar wrote:

Muslims of British India had opted for a separate homeland in 1947, destroying the possibility of a secular India in which Hindus and Muslims would coexist, because they believed that they would be physically safe, and their religion secure, in a new nation called Pakistan. Instead, within six decades, Pakistan had become one of the most violent nations on earth, not because Hindus were killing Muslims, but because Muslims were killing Muslims.

In his very brief speech that day, M.J. Akbar referred to the grim tragedy that had occurred in Lahore that very day, and affirmed:

If Salman Taseer had been in India, he would not have died !

Last week, the media carried some select news items based on a book of memoirs titled ‘Turning Points’, written by former Rashtrapati Dr. Kalam. I was surprised to find reports supposed to be based on the book about Gujarat in which Vajpayeeji was being found fault with for trying to protect the Narendra Modi Government. Dr. Kalam’s book has not been released as yet. But I have been able to procure Chapter Nine of this book captioned “My Visit to Gujarat”. Dr. Kalam says that his visit to Gujarat in August 2002 was his “first major task” after taking over as President.  He adds:

“As no president had ever visited an area under such circumstances, many questioned the necessity of my visit to the state at this juncture. At the ministry and bureaucratic level, it was suggested that I should not venture into Gujarat at that point of time. One of the main reasons was political. However, I made up my mind that I would go and Rashtrapati Bhavan was in full swing to make this my first visit as President. Vajpayee asked me only one question, ‘Do you consider going to Gujarat at this time essential ?’ I told the PM, ‘I consider it an important duty so that I can be of some use to remove the pain, and also accelerate the relief activities, and bring about a unity of minds, which is my mission, as I stressed in my address during the swearing-in-ceremony.”

What Dr. Kalam goes on to add after this is even more significant.  He writes:

“Many apprehensions were expressed, among them that my visit might be boycotted by the chief minister, that I would receive a cold reception and that there would be agitations from many sides. But, to my great surprise when I landed at Gandhinagar, not only the chief minister, but his whole cabinet colleagues and a large number of legislative members and administrators including the public were present at the airport. I visited twelve areas – three relief camps and nine riot-hit locations where losses were high. Narendra Modi, the chief minister, was with me throughout the visit. In one way, this helped me, wherever I went, the type of petitions and complaints and as he was with me I was able to suggest to him that actions be taken as quickly as possible.”:

I have often felt that in India’s political history no political leader has been as systematically and viciously maligned as Gujarat Chief Minister Narendra Bhai Modi. Do not these reports also  reveal a conscious effort at vilification: the Prime Minister’s casual query “Do you consider going to Gujarat at this time essential” as the P.M. wanting to stop the President from going to Gujarat? Dr. Kalam has also referred to apprehensions he had heard that his visit may be boycotted. Dr. Kalam’s actual experience was totally different. Modi and his government enthusiastically cooperated with Dr. Kalam. Yet no newsman thought it worthwhile to report these complimentary observations of his ! 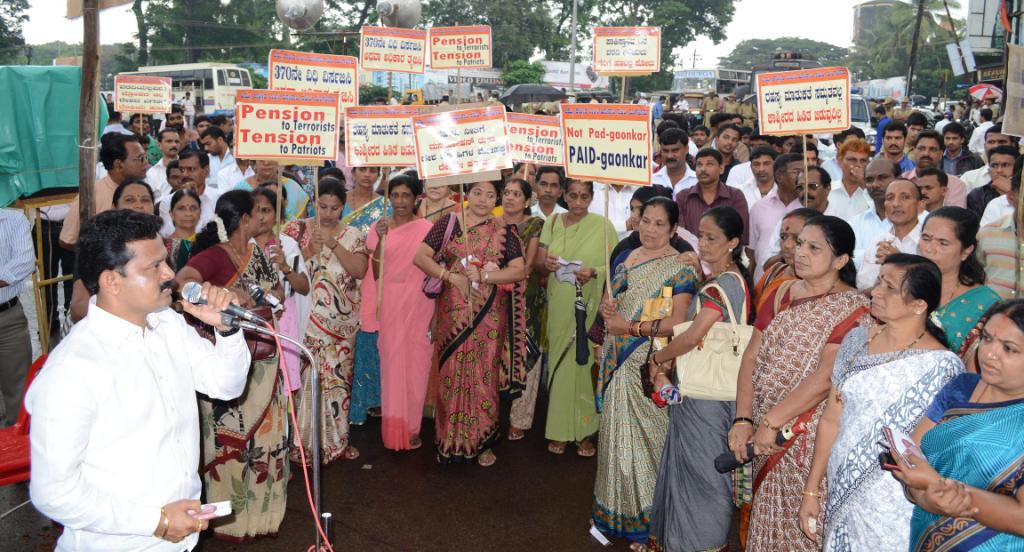