Corruption, absence of leadership and policy paralysis are the three main reasons for the economic down-turn India is facing today, according to the three international rating agencies – Standard and Poor, Moody’s and Fitch. It is not too important that these agencies have identified the malaise of Indian polity, which in these columns we have been repeatedly highlighting for the past seven years. These rating agencies have gone totally wrong in predicting the financial crisis in the West and the on-going economic decline in the European countries. Hence their ratings are not as important as their comments.

In a scathing remark, S & P said “Paramount political power rests with the leader of the Congress, Sonia Gandhi, who holds no Cabinet position, while the government is led by an unelected Prime Minister Manmohan Singh, who lacks a political base of his own.”
The people of India have been suffering this for eight years. The India as a vibrant democracy needs an elected representative of the people and not a prop nominated by a power that is outside the government sans accountability.
Corruption has reached unprecedented levels. This is draining away so much of the nation’s resources, which rightfully should have been shared by all the citizens. Take the case of coal alone. Since the 70’s when India started producing coal in a big way, the coal companies have never reported losses. Now, even they are in the red, because the coal blocks are being given at throwaway prices with the kickback payment going all the way up to the top most people in government. According to some reports, nearly 50 per cent of coal-based power projects have been put-off in the country by the promoters citing lack of coal supply. It is such a strange story that on the one hand the coal mines are being literally donated to private players for exploiting, and on the other hand there is lack of coal in the market.
The expose on defence deals shows that the public money has been swindled by crooks who were responsible for the purchase of arms and ammunition for the army.
In the oil sector, the government has allotted whimsically rich wells, after declaring them unviable. Magically, the private purchasers have hit gold at the first digging. Some of the largest oil sources have gone into private hands, from the government by such means. And senior officials and geologists in the public sector oil companies have landed plum job in these private enterprises.
Due to the lack of congenial economic atmosphere at home, Indians are investing huge amounts of money abroad, in properties, mines and companies. According to a recent report, Indians are among the top property buyers in the US, next only to the Canadians. Indian companies are taking over foreign companies, creating job opportunities abroad, while the unemployment rates are ballooning in India (See Economy Watch on p. 5).
The UPA government and their sponsors are harping on the non-passage of some bills as primary reasons for the economic slide. It is as though the Pension Bill, Banking Bill and the Insurance Bill, all opening the Indian money to foreign and private players are a magic wand that would pull rabbits out of hats.
India has lost the confidence of the investors mainly because of the high levels of corruption prevailing in the government. What is worse is that when caught, the corrupt either brazen it through or are in and out of jail in a jiffy. Earlier, if people saved money, they would put it in the bank, with the confidence that the government would add something to it and return. Now, people prefer it to store it in gold, because that is the only commodity that guarantees return. So much of our wealth is locked up as unproductive hidden treasure because we cannot trust our money with our government.
The Prime Minister and the Finance Minister have brushed off the analysis of the rating agencies as non-serious. Remember, these were the same men who touted such ‘international certificates’ as great trophies when times were good.
Indian economy has no deliverance unless the present corrupt regime is booted out and the culprits put behind bars for treason and loot.

Mon Jun 25 , 2012
New Delhi: After tracking him for more than three years, security agencies have arrested Sayed Zabiuddin alias Abu Hamza, alleged Lashkar-e-Taiba ultra and the Hindi tutor of 10 terrorists who carried out the audacious attack in Mumbai in 2008. 30-year-old Zabiuddin also known as Abu Jindal, who hails from Georai […] 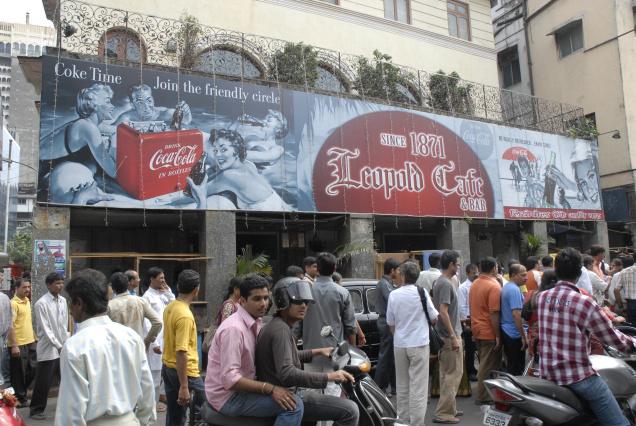