Certain moments in history can describe the whole period; to an extent the future as well. On July 30 and 31, 2012, half the population of India went without power. People were stranded on the streets, traffic turned to chaos, trains stood motionless on the tracks, miners trapped underground, subway lines paralysed. The power blackout was the largest in the history, affecting 670 million people, roughly 10 per cent of the world population. It was really an embarrassing reminder of the intractable problems plaguing our power sector, and the shape of things to come, if the status quo prevails.

Rajiv Kumar, secretary general of the Federation of Indian Chambers of Commerce and Industry (FICCI) said, “One of the major reasons for the collapse of the power grid is the major gap between demand and supply. There is an urgent need to reform the power sector and bring about infrastructural improvements to meet the new challenges of the growing economy.”

The rural and urban India is reeling under 10 to 16 hours of power cut, aggravating the miseries of the common masses, who are already under severe duress in their daily life. The mounting energy deficit is eating into the vitals of our nation and its growth prospects. So the very debate on the various sources for energy augmentation, its pros and cons should be conducted in this backdrop.

In May 2011 report, India’s Central Electricity Authority anticipated, for 2011-12 year, a base load energy deficit to be at 10.3 per cent. Compounding the deficit is the fact that 35.5 per cent of the population still having no access to power, would get connected to the national grid very soon. Reminding that securing sufficient energy to meet future electricity needs is going to be a major challenge for India, Anil Kakodkar said that the additional need will be roughly equivalent to 40 per cent of the current world electricity production. So how can we meet this demanding task?

The answer very much lies in the composition of power generation in India. In the installed electricity capacity of India, coal fired plants constitute  for 56 per cent, hydropower for 19 per cent, renewable energy for 12 per cent, natural gas for 9 per cent and nuclear energy for just under 3 per cent. Harping on the fact that the fossil based fuel reserves are limited, experts say, “Coal will continue to be the largest energy provider for India. Against 1.8 million tonnes of coal imports needed now, the estimated needs by 2050 will be 18 million tonnes. So there are only two viable energy sources namely thorium (nuclear) and solar energy which could be banked upon in future.’’

Former President of India Dr APJ Abdul Kalam, stated while in  the office, that “energy independence is India’s first and highest priority. India has to go for nuclear power generation in a big way using thorium-based reactors. Thorium, a non fissile material is available in abundance in our country.”

Therefore, the significance our policymakers attach to nuclear energy is well founded. The nuclear power generation now is very low at just 4780 MW of the total production of 2,00,000 MW. Though late, Government has laid out ambitious 12th year plan to take generation capacity to 10,000 MW and launch  construction of additional 17400 MW by the end of 2017. Kudankulam Nuclear Power Project (2 GW), which has hogged national limelight recently over the raging protests, is one among the few projects conceived to attain the target.

Since the outcome of the KNP project controversy has serious implications for the energy security of the nation, the issue invites serious debate on its merits and demerits. The protesters’ argument is primarily based on the safety concerns about the nuclear radiation surrounding the plant and the eventuality of a nuclear disaster. Both these concerns need rational analysis before we come to any conclusion. Since we observe that on several issues, public perception and reality lie at the opposite poles.     All the nuclear reactors operational in India follow the Environmental Management System (EMS) and Occupational Health and Safety Management System (OHSMS) as per ISO-14001: 2004 and IS-18001: 2007, respectively. By following the principle of ALARA (As Low As Reasonably Achievable) and maintaining the highest standards of safety within the Nuclear Power Plants (NPPs), the occupational exposures of employees at various NPPs are maintained well below the values specified by the regulator, Atomic Energy Regulatory Board (AERB). The environmental releases of radioactive effluents from NPPs are maintained significantly low (average less than 1 per cent of the limits specified by AERB).

No human casualties have ever been noted due to nuclear radiation in nuclear power plants in India. Apart from this globally, major studies reveal that risks with nuclear energy are the least. Whereas the energy source death rate per tera watt hours from sources like coal, oil, natural gas and hydro are 170, 36, 4 and 1.4 respectively, the death rate with nuclear energy is only 0.04.

Now analysing the nuclear disasters in recent history in Chernobyl and Fukushima, unravel some interesting facts. Greenpeace activists led a campaign saying that 93,000 people would die of cancer after the Chernobyl disaster. It even stated in 2009 that nine lakh people had already died of cancer. However, the study conducted by The United Nations Scientific Committee on the Effects of Atomic Radiation (UNSCEAR) has scientifically proven that the total number of cancer deaths in the area so far is only 62. Patrick Moore, one of the co-founders of Greenpeace, has changed his stance now.

Contrary to the media coverage, in Fukushima-Daiichi nuclear power plant accident,  there are no official figures available to indicate deaths due to nuclear emission. According to the Japanese Government, over 1,60,000 people in the general population were screened in March 2011 for radiation exposure and no case was found which affects their health. Thus there exists a major dichotomy between public perception and reality, which we should take account of, while framing our energy policies. This endeavour should never be an attempt to underestimate the risks of nuclear power plants but to have a realistic account of it.

The protesters also point our attention to the recent policy change adopted by leading nuclear powers in Europe and USA. Following the March 2011 Fukushima nuclear disaster, Germany has permanently shut down eight of its reactors and pledged to close the rest by 2022. The Italians have voted overwhelmingly to keep their country non-nuclear. Switzerland and Spain have banned the construction of new reactors. Japan’s Prime Minister has called for a dramatic reduction in Japan’s reliance on nuclear power. United States has considerably scaled down its nuclear power projection for 2030.

But the social dynamics of USA and Europe vis-a-vis India are completely different. Reports by the World Health Organization, claim 300,000 to 400,000 people in India die of indoor air pollution and carbon monoxide poisoning every year because of biomass burning and use ofchullahs. Traditional fuel burning in conventional cook stoves (used by 800 million Indians) releases unnecessarily large amounts of pollutants, between 5 to 15 times higher than industrial combustion of coal. Burning of biomass and firewood will not stop, unless electricity or clean burning fuel and combustion technologies become reliably available and widely adopted in rural and urban India. China which share similar problems as that of India has lifted the moratoriums imposed on new nuclear reactors after the Fukushima accident and is moving ahead with their ambitious nuclear projects.

The success story of France’s nuclear power industry also deserves special mention here. Nuclear power is the primary source of electric power (78.8 per cent) in France, the highest percentage in the world. It has put the nation “ahead of the world” in terms of providing cheap, CO2-free energy. France has the lowest carbon dioxide production per unit of GDP in the world and it is the biggest exporter of electricity in the world.

So our energy policy should be driven by hard facts and rational analysis, not by perceptions. The disaster encountered by the ship Titanic has not stopped humanity from building ships, but they found ways to circumvent the fault lines, which paved way for better designs, technology and safeguards. The progress achieved by mankind today was not without taking calibrated risks but by using their inherent strength and imagination to cross every hurdle that came their way. So it is high time that India laid to rest its fear of the unknown and move ahead to its glorious future. 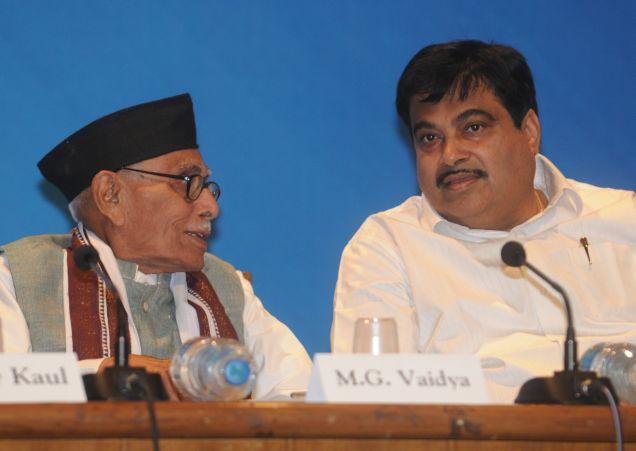