Noted Pro-Hindu writer Varsha Bhosle who passed away last Sunday,  was a regular columnist in Rediff.com. Now, Rediff.com has compiled her articles  from 1998-2003.Varsha was the daughter of renowned Singer Asha Bhosle.

Thu Oct 11 , 2012
Congress MLA Kalpana Parulekar was arrested from Ujjian on February 2 this year for allegedly morphing photograph of lokayukta Justice P P Naolekar with that of RSS Sarasanghachalak Mohan Bhagwat. The photograph was supplied to the assembly press room; it was also produced in the House during a no-confidence motion. Case […] 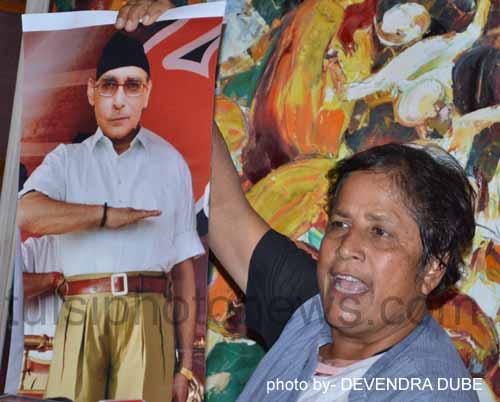