Now that we are done with New Year 2012 euphoria, how about spending some time to recollect some of the top sins of Congress party in the past year 2011?
One of my online friend joked.. even Rajnikanth wouldn’t be able to count the sins of Congress. Another one cautioned that listing sins of Congress is like counting till infinity! But still, a *brave* voice inside me says, don’t listen to naysayers.. try it once.

So here I go with the top 10 sins, more like, listing of the top-10 SIN sections as there is so much info shared by my Twitter friends. Feel free to add more in the comments section.

Sin #1: The Midnight crackdown at Ramlila and subsequent death of Rajbala:

Refer to my earlier blog regarding Baba Ramdev and the UPA Government Face Off. All details of the outrageous midnight crackdown, for which almost no one got punished in 2011, is pictorially recalled.

– Digvijay Singh, a veteran Congress leader, allegedly kicking a man for showing shoeat a press conference, on camera!
– Firing and killing of Jaitapur civilian protestors in Maharashtra.
Sin #2: Murder of democracy in Rajya Sabha, during Lokpal bill “debate” and vote:

In what most people who watched live on TV described, Congress manipulated and blatantly avoided an inevitable losing vote in the parliament in December 2011. CNN-IBN in fact showed right from 10.50 PM onwards, till midnight, exactly how Congress manipulated & used Lalu Prasad’s party as a pawn in this murder of democracy at midnight. Utterly shameful sin considering that they had back-stabbed Anna Hazare team on a stronger Lokpal  bill called Janlokpal earlier.

In a cynical and blatant display of political manipulation, the UPA government ensured that there was no voting on the Lokpal Bill in the Rajya Sabha. As predicted, members of the Rashtriya Janata Party and Samwajwadi Party created utter chaos in the House during the reply of the government to the debate, which was being made by Minister of State (PMO) V Narayanswamy.

Sin #3: Harassing Subramanian Swamy for his crusade against 2G scam culprits, including an alleged attack on his house:
VideoLINK: http://www.youtube.com/watch?v=bzqgo63-LB8&feature=player_embedded

The year was hostile towards Subarmanian Swamy. Not just attack on his house which he told in multiple interviews as a handwork of Congress guys, he also got FIRs, notices and much more. The reason blamed was his article in DNA newspaper, but it was clear for a neutral observer that him putting Team Sonia in dock for 2G scam had a lot to do with the reaction.

Sin #4: Retaining Chidambaram as the Home Minister, inspite of a mountain of evidences/cases against him:

2011 was a very bad year for Chidambaram. His “best friend” Swamy kept on hounding him from court case to court case. He was blamed for Ramlila maidan midnight crackdown. He was blamed for many other things, including his shaky 2009 election. But he remains the Home Minister of India still.. shamefully..

The key aspect which Team Sonia is not able to convince Indians is that Chidambaram did not “help” Raja in 2G scam.

Sin #5: Letting Rahul Gandhi get away with his claims of human ash and rapes at Bhatta Parsaul in UP:

Earlier in 2011, Rahul Gandhi openly told the country and the PM that “people have been killed, people have been raped” at Bhatta Parsaul. See the video right next here to hear him say that.

It didn’t take much time for National Human Rights Commission to come out and clarify that his statements were essentially lies.

Rahul Gandhi revealed that farmers told him about rape and murder during the protest. Ruling out Rahul Gandhi’s claims, NHRC states that farmers hadn’t lost their lives in numbers.The 800-page interim report submitted by NHRC also ruled out the rape in the notorious Lakhimpur Kheri police station rape case.

Some of us are still wondering as to how he could mislead the country about 70 feet ash,when the press is openly pooh-poohing his claims!

And this “credible” guy could be a PM of India one day!

Sin #6: Indecision on Telangana, spoiling the economy of Hyderabad and career of students for almost the entire year:

The way Congress handled Telangana in 2011 was utterly shameful. The Andhra Pradesh state which elected the maximum number of Congress MPs in 2009, felt fully betrayed. The entire year, bandhs, violence and burning of public property continued. Hyderabad’s booming economy suffered severe hit due to this indecision of Congress government for years now. The worst affected are the students who are used by politicians and are losing valuable years of their student career.

It’s a no-brainer to say that protecting a super corrupt Sheila Dikshit was one of the most unpardonable and hypocritical sins of Congress in 2011. Why? I had a lengthy blog already which would give you lots of facts and figures. Go through that please here:http://kiranasis.blogspot.com/2011/08/why-twitter-screamed-sack-sheila.html

Sin #8: Not informing the nation of 1.2 billion people, who is paying for their government’s head’s foreign trips and surgery:

India must be the only democracy, where the head of the government, in this case UPA coalition chief, gives no details to the fellow countrymen about her foreign trips or expenses for the trips/surgeries! Even the CIC told the PMO, but in vain.
Read more here:http://www.indianexpress.com/news/sonias-foreign-trips/803085/

It is anybody’s guess as to why the Congress’ nucleus, Gandhi family, does not care about Indians when it comes to their foreign trips.. It seems, Sonia Gandhi and Rahul Gandhi, both MPs, have not even informed their work place, the parliament, about any of their trips since June 2004!

Sin #9: Systematically maligning Anna Hazare, Sri Sri Ravishankar and anyone else who spoke against corruption:

Once upon a time, Digvijay Singh had presented Anna Hazare with the Rajiv Gandhi “Samaj Seva” Puraskar for his outstanding service to the society. Of course, that was long before Anna had started his anti-corruption war directly against Team Sonia.  In 2011, a virulent campaign was launched against Anna Hazare, calling him an RSS Agent and an Army Deserter. Giving company to Digvijay Singh, the usual rabble-rouser Manish Tewari went one step further calling Anna, “corrupt from head to toe”! The sickening attack on Anna Hazare was well coordinated by multiple angles of Congress machinery in 2011.

The message was clear in 2011. You talk about Congress’ corruption and we will come after you.

And the Final Top-10 Sin: Attempts to curb freedom of speech over internet, by Kapil Sibal:

No need to talk anything more about Kapil Sibal’s highly ridiculed attempt to censor social media, than the picture accompanying here. By the way, I heard Congress even acted against these placard holders!

There is more.. lot more.. but this is enough for one blog.How long will this saga of sins continue? Maybe the biggest sin of BJP, Communists and regional parties, is their inability to pin Congress down in 2011, in spite of such massive failures.
SOURCE: http://kiranasis.blogspot.com/2012/01/sins-of-congress-in-2011.html 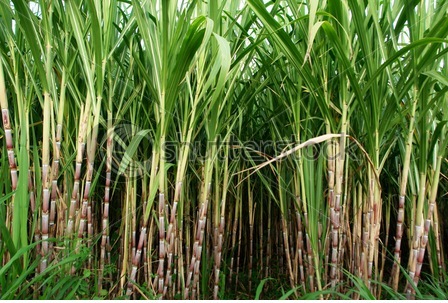