Right now Asom is burning, for the 7th day straight. The reason is very clearly the “Muslim settlers” as European media called or “minority” as Indian media hides or “Bangladeshi illegal migrants” as the reality stands. Better, call them imported Congress voters!

Let’s do some comparison.

2002 Gujarat: Riot not very close to any international border.
2012 Asom : Riot within a walking distance (20KM) from 3 countries. Extremely vulnerable & vital link to the North East of India.

2002 Gujarat: Riots were reasonably controlled after the initial 3 days.
2012 Asom : Riots going unabated even after 1 week. Shoot at sight for days now.

2002 Gujarat: Media openly using “Hindu” and “Muslim” terms flaring up passions during coverage.
2012 Asom : Media downplaying it as “ethnic” clash or using Bodo versus minorities. Reality is Bodos are 5% of Asom and Muslims are 30-35% now. Horrible hypocrisy displayed by media, particularly TV for the first few days.

2002 Gujarat: Modi made a TV appeal on the same day, passionately asking people not to take law into their hands. Accepted the riot situation. Was seen in public right from Godhra.
2012 Asom : Tarun Gogoi didn’t make any acceptance. In fact he is not even accepting (for years) that Bangladeshi Muslim illegals are even present in the state! Worse, this guy took over 6 days to even make his first public visit to riot hit area

2002 Gujarat: Maut Ka saudagar – Sack him screams. Anger in media against the Home Minister.
2012 Asom : No such thing. In fact, justifications all around to shield an inefficient CM-PM combo. No one heard anything meaningful from the HM

2002 Gujarat: No bickering between state and center BJP govts. Army & other help arrived.
2012 Asom : State government blames the center (both Congress) for 5 days delay in getting army.

There’s more. But the sheer level of hypocrisy on how “secular” media and parties are behaving in a comparable human tragedy, is sickening.

And, in 1980s, Pandits comprised of 5% of Jammu and Kashmir. Today Bodos (Christians and Hindus together) comprise of 5% of Asom. We just hope that this is not a Pandit ethnic cleansing part 2 being played out, thanks to massive Bangladeshi illegals fully supported by Congress, TMC and Communists in the border states. 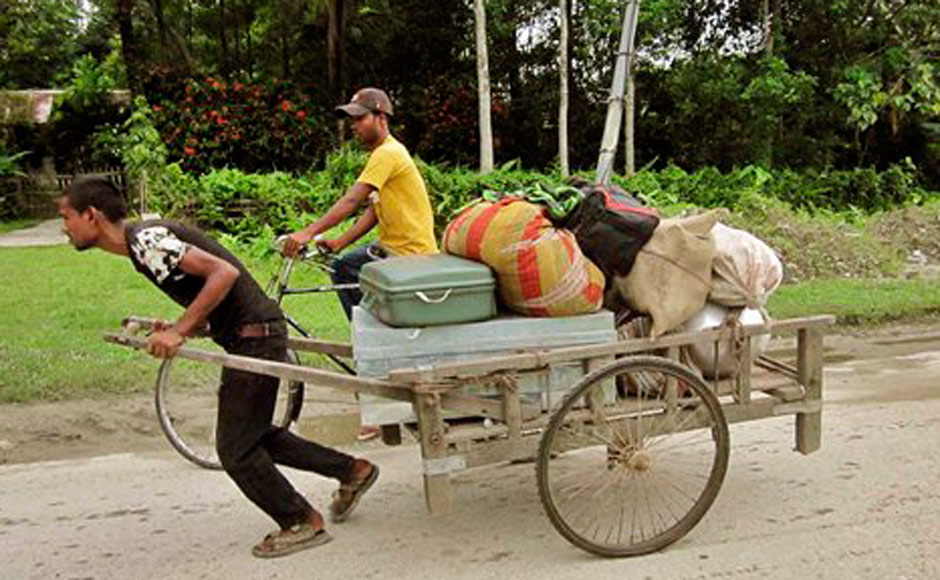