Following the fatwa or decree against the Indian yogic Surya Namaskar in Madhya Pradesh, here is a track down on seemingly strange and nonsensicalfatwas. Election scenario 2009, with Varun Gandhi’s controversial speech in the background, a communal event was organized by congress on 15 March, 2009 in Chandigarh, at Jama Masjid Sector 20. In a speech made by Imraan Kidwai, Chairman of All India Congress Committee Minority Cell, it was stated that if he could, a fatwa exhorting Muslims to abstain from joining BJP would be issued.

Habib-ur-Rehman, Shahi Imaam, Punjab issued a fatwa against Taslima Nasreen, calling for her ouster from Islam.  According to him, Taslima, a dark spot on humanity, should not be regarded as an Islamic thereafter. On a previous occasion, Taslima is alleged to have made blasphemous comments on Islam on the occasions of Haj and Id-ul-Juha.

Fatwa 3: against fast food and contraceptives in MP

Before the fatwa placed on Surya Namaskar, a fatwa was issued in MP, against fast food and contraceptives. Issued by Darul Ifta, the religious board under the biggest mosque in MP as part of an awakening programme for Mulsims, the fatwa called for a refrain from instant noodles, ketchup and other products that are alleged to contain pig fat. A door-to-door campaign was conducted, exhorting families to feed on fresh fruits and vegetables.

The All India Muslim Tyohar Committee issued a fatwa against Pakistani actress Veena Malik for “objectionable” photos plastered over internet and for “degrading the sacred institution of ‘Nikah’”. This was following her participation in the live Indian reality show Swayamvar and claim made by Rakhi Sawant that she shared a live in relationship with Ashmit Patel.

“We were getting complaints from concerned community members who said that the activities of this Pakistani female actor was sending a wrong message to our teenagers, especially girls. The complaints said that there were offensive photographs of this woman all over the internet and that she was going to have a ‘swayamvar’ on television.” said Ausaf Shahmiri Khurram, Chairman of the Majlis-e-Shura.

Fatwa 5: against sale of firecrackers

Citing that the manufacture and sale of firecrackers is against Sharia law, a fatwa was issued against the same by Darul Uloom Deoband, the leading Islamic seminary. According to Sharia, cracker bursting mounted upto misuse of money and those who resorted to the same were “brothers of devil.” However, they overlooked the fact that a large section of Muslims in India earned their livelihood from cracker manufacture.

Maulana Abul Irfan Mian Farangi Mahali of Idar-e-Sharia issued fatwa againstMadhushala penned by Harivansh Rai Bachchan. This follows the use of Rubayiat in the poem praising wine, which according to Maulana Abul Irfan hurt ‘Muslim sentiments’. He called for the editing of the ‘objectionable’ passages and subsequent removal of textbooks containing the couplets.

The fatwa remains contradictory as another Muslim body Dar-ul-Uloom Deoband stated that poets used similies and metaphors to convey their thoughts and feelings. They termed the fatwa as unnecessary and uncalled for as no one was forced to recite the poem.

Birthday celebrations are a “tradition of western countries”, stated Darul Uloom Deoband and cited that Islam did not permit such observances, which happen to be against the law of Sharia.

“Muslims should not follow the tradition of western culture of celebrating birthdays as it against the Shariat law,” said Maulana Abul Kasim Naumani, Vice-Chancellor of Darul Uloom Deoband and added that even the birth anniversary celebrations of Prophet Mohammed are not celebrated by the seminary.

Fatwa 8: against the profession of modelling by Muslim women

Darul-uloom Deoband issued a fatwa against the profesion of modelling by Mulsim women, terming that Sharia law prohibited exposure of female bodies. The profession of modelling has been termed as ‘un-Islamic’. The fatwa was issued by Mufti Zanul Islam, Mufti Mehmood Hasan, Mufti Habibur Rehman, Mufti Fakhrul Islam, and Mufti Waqar Ali.

An edict prohibiting women from becoming judges was put up on the website of Darul Uloom, following a question related to the same. The decree however, drew widespread and sharp protest from large quarters.

“Somebody’s qualification should be judged by education and upbringing and not by gender. This is bias. A woman understands the plight of another woman better. These types of diktats only dishonour the work done by several Muslim women in the field of judiciary, ”said Mumtaaz Akhtar, activist for women and advocate.

Fatwa 10: against relationship between female Muslim journalist and Sikh politician

Fatwa issued over relationship between female Muslim journalist, Sikh politician; “Had she been in Saudi Arabia, she would have been stoned by now” read the website jihadwatch.org .

The fatwa was issued against Aroosa Alam for her proximity with former Chief Minister of Punjab Capt Amarinder Singh. The fatwa issued by Shahi Imam of Jama Masjid, Ludhiana also requested the Sikh clergy to question the relationship. The fatwa also stated that Aroosa had violated the Sharia law as she had visited a man, without the accompaniment of a male relative.

“He should tell us whether he has turned a Muslim or she has changed her religion” was what Shahi Imam wanted to know.

A fatwa that prohibits girls above the age of 13 from riding bicycles has been issued by Islamic seminary Darul Uloom, Deoband. According to Mufti Arshad Faruqui, chairman of the fatwa department of Darul Uloom the edict was to uphold the ideals of Islam.

“When a grown-up girl goes cycling outside her house, it is bound to result in bepardagi [undue exposure]. Even medical science has given us evidence to believe that cycling is not good for adolescent girls, physically. Apart from affecting their feminity, it is harmful for their body structure,” he said.

But clerics and educationists have termed the fatwa as “ridiculous” and “impractical”.

Fatwa 12: against Muslims working in banks

According to Islam, a job that deals with transaction of interests is sin and so a fatwa was issued by Darul-Uloom Deoband against Muslims who held positions in banks. Sharia law states that anything to do with interests is sin, stated Mufti Shakeel from Fatwa department of the clerical body. Islamic religious laws were based on Koran and teachings of Prophet Mohammed.

“According to the tenets of Islam, Muslims must not work in banks because as employees they would have to deal with transactions involving interest and also make interest entries in bank ledgers. That is a violation of Sharia. Interest is strictly banned under sharia law. Anyone having anything to do with interest is clearly committing an illegal act, ” he said.

Fatwa 13: against mosques being rebuilt by Indian army

A fatwa issued by the Grand Mufti Bashiruddin of Kashmir stated that only Muslims could carry out the work of renovating mosques and Islamic shrines. This came following the work undertaken by Indian army in renovation activities. In an exhort, the Grand Mufti asked the Kashmiri Muslims to fight “tooth and nail” against renovation plans.

“Muslims should boycott the shrines or mosques built by the army,” he stated.

Fatwa 14: against Shah Rukh Khan, for alleged comments against Islam

A fatwa issued by Mufti Mohammed Shoeb Raza Qadri and Mufti Muti-ur-Rehman of Darul-uloom-Mazhar-e- Islam against Bollywood actor Shah Rukh Khan for alleged comments against Islam. “A person making a remark like the one attributed to Shahrukh is a kafir(non-believer) and is struck out of Islam,” stated the decree.

The fatwa further stated that the comments made by Shah Rukh Khan makes him liable to be killed, his nikaah or marriage stands annulled, and being a kafir, he could not be buried in a Muslim graveyard. An apology from Shah Rukh Khan was also sought.

However, Muslim leaders distanced themselves from the fatwa terming it as “unnecessary” as Shah Rukh Khan had made necessary clarifications on the matter

Thu Jan 12 , 2012
BHOPAL, MP Jan 12: Despite stiff opposition to the ‘Surya Namaskar’ exercise, a record number of 50 lakh students across Madhya Pradesh today took part in it, with state chief minister Shivraj Singh Chouhan leading from the front. The School Education Department has made elaborate arrangements for ensuring grand presence in the event […] 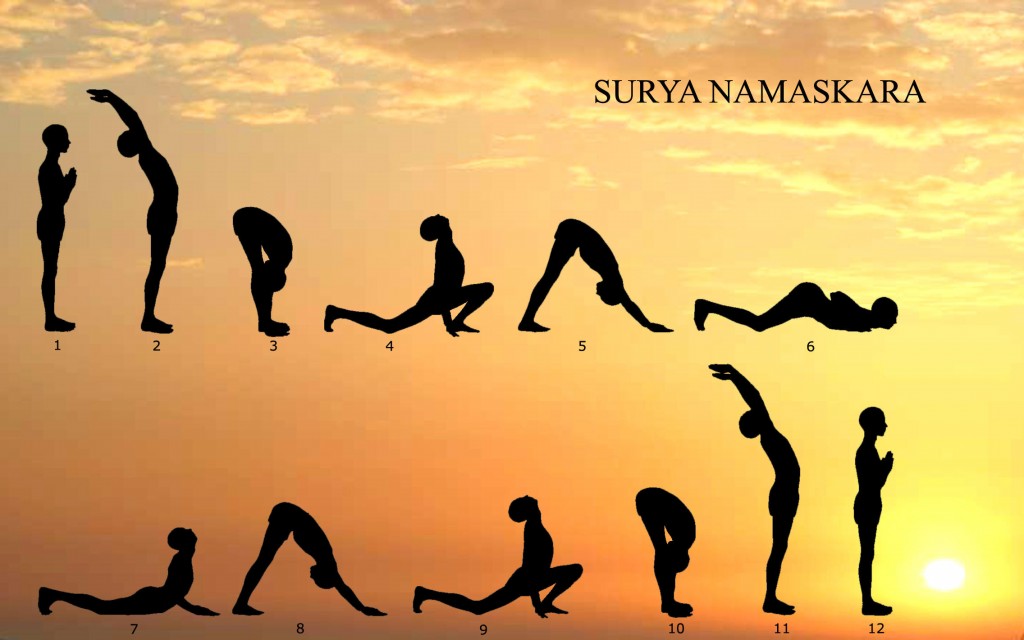