By Jyoti Lal Chowdhury in Silchar in ORGANISER

Assam: “Netaji Subhas Chandra Bose and his ideals remain the perennial source of inspiration for the younger generations of the country in the hour of crisis,” said Dr Purabi Roy, Head of the Department of History, Calcutta University, and a distinguished researcher on Netaji. She was addressing a mammoth gathering of Rashtra Sevika Samiti activists at the concluding session of a three-day Sammelan organised at India Club Grounds in Silchar on January 8. Dr Roy called upon the Sevikas to move forward in the service of the nation with the teachings of the great freedom fighter, Netaji, who alone could show “us the light out of the present darkness, symbolised by the declining values in our character and thought-process”. In this context, she narrated how a deeper conspiracy was hatched by the anti-national forces to keep afloat the theory about the supposed death of Netaji in the plane crash at Taipei on August 18, 1945 with dubious design. Piecing together the sequences of events of the plane-crash, Dr Purabi Roy said an unofficial source confirmed the death of Netaji in air-crash. But, the British investigation on the basis of a document recovered in Bangkok described the air crash theory as ‘deception plan’ after carrying out necessary study. A fresh investigation undertaken by the British quoted Aung Sung, an admirer of Netaji, saying that he did die in crash. Subsequently, National Herald, a premier daily, came out with the headline that Netaji was in Russia. It was however contradicted by Pravada of Moscow in an article that Netaji was not in Russia.

In the midst of such contradictory information Mahatma Gandhi asserted that ‘Netaji is alive and the nation needs him’. She referred to March 1946 when Jawaharlal Nehru and Lord Mountbatten allegedly took control of the enormous INA fund totaling Rs 72,000 crore and mishandled it. It was, according to her, the beginning of corruption even before India got Independent. The disappearance of Netaji was worst confounded by the contradictory reports of two doctors of Tokyo who claimed to have examined the body of Netaji after plane-crash. While Tsuruta confirmed his death, Toneyoshi Yoshimi did not. After Independence, under public pressure, the Nehru Government formed Shah Nawaz Commission to investigate and it corroborated the death of Netaji in plane-crash. In 1972, Justice GD Khosla Committee too confirmed the death theory. When NDA Government came to power, Mukherjee Commission investigating the case came across a relevant file in London which the British Government said could not be opened before 2021.

Based on circumstantial evidences, it found no substance behind the plane-crash death. Moreover, it also came out with the startling revelations that the ashes preserved in the temple of Renkoji in Tokyo are not that of Netaji.

Recalling the revolutionary role of Rani Jhansi Brigade of INA, Purabi Roy said the volunteers imbibed with the highest sense of nationalism and patriotism fought for the liberation of the country. At the present juncture, Rashtra Sevika Samiti activists “are playing the same role and the role model before them should always be the dreams and ideas of Subhas Bose,” she pointed out.

Pramilatai Medhe, Pramukh Sanchalika of Rashtra Sevika Samiti, in her key-note address also called upon the volunteers to create a new history for the nation in order to regain the glory and rich tradition of the country, following the great example of Netaji. She was hopeful that it would be the end of present chaos and turmoil, blurring ‘our vision’. She said it was on the eastern front of the country at Moirang that Netaji hoisted the flag of INA to signal the defeat of the British imperialist forces. The Sevikas, she added, should pray to the god and goddess of power to eliminate the demonic elements, now stalking the country. Good mothers should invoke the goddess for noble and patriotic sons in order to become the destiny-makers of the country under attack from inimical forces. She referred to Rishi-Kanya Jeeja Mata who brought in Adi Shankaracharya to restore Sanatan Dharma and panchayatan-puja for the assimilation of heart and soul for unity in Hindu society. On this centenary year of Jana-Gana-Mana, ‘our pledge should be to follow the ideals of deva, punya and dharma-bhumi. “You all are the sons and daughters of the country and it is through the inspiration from organisation like Rashtra Sevika Samiti that the nation can be safe and secure,” she added.

Earlier, Shantakka Tai, Akhil Bharatiya Karyavahika of the Samiti said, “It is high time that Hindus have to unite in order to protect the tradition and heritage of the country, now in deep crisis due to the political expediency of the ruling party and its abject ‘appeasement policy’ towards the minorities without any respect for the democratic values and constitutional ethics.” She rued that the present ‘vote-bank’ politics of the party at the helm of affairs “has brought about a dangerous situation where people are losing their faith and confidence and the only way to come out of this predicament is to restore the age old virtues and glory of the country.” It was imperative that only a united force of Hindus could provide right direction and she called upon the Sevikas to play their assigned role in society for creating ‘awakening’ among them with the spirit of nationalism and patriotism.

Women have greater participation to produce the best citizens of the country. She was happy to recall the glorious history of this town which produced brave hearts among women who played significant role during the freedom struggle of the country. It was here that ‘Rani Jhansi Brigade’ was formed to help Azad Hind Fauz when Netaji was fighting against the British in Manipur, not far away from here. It was from here that the first newspaper for women Bijoyini edited by a spirited woman Jyotsna Chanda was published in the 1940’s. Bijoyini was brought out with the sole objective of inspiring women to be ready to sacrifice for the country. It was not different from the famous newspaper Keshari, she pointed out, which imbibed among the millions the spirit of bravery to fight against the colonial rule of the British and liberate the country.
It was with the noble objective of uniting Hindu women for creating a strong and prosperous country that Rashtra Sevika Samiti was formed in 1936. On the occasion of the last Vijayadashami, the Samiti completed its 75 years of glorious existence. The three-day conference assumed significance as it would be the right moment and also the proper media to convey the message of unity and integrity among women in particular and men in general for creating a sense of ‘awareness’ about the Samiti and its significance when the nation stands at crossroads.

The conference started with the inauguration of an exhibition on the theme of nationalism and patriotism by Dr Nirmal Kanti Roy, Reader and Head of the Department of Fine Art, Assam University. Gyanandamoyee Maa of Bharat Sevasram Sangh heralded the conference by lighting the lamp. In her brief speech, she asked everyone present to exercise ‘restraint’ and ‘regulate’ his or her life, so essential in the present crisis. Women should see to it that they ‘become good mothers’ or ‘guide, philosopher and friend’. Others who graced the conference included Rukmini Akka, Prachar Pramukh of Rashtra Sevika Samiti, Bharati Tai Kambale and Sunita Haldekar. On this occasion, Sabita Dhar, coordinator of South Assam unit of the Samiti and Jaya Deb, president of the conference and principal of South Point School and Hemangini Junior College, were also present. Around 600 Sevikas from Barak Valley, Tripura, Manipur, Mizoram and Dima Hasao district belonging to 16 different tribal and non-tribal communities took part in the route march which after parading through the main thoroughfares of the town converged at India Club Grounds. They displayed various forms of physical and yogic exercises in perfect harmony and synthesis.

Mon Jan 16 , 2012
Nationwide Demonstration of ABVP on 18th January against P. Chidambaram New Delhi: ABVP with demand, to make P. Chidambaram co-accused, dismiss him from his post and arrest him in the much talked 2G Spectrum scam, will demonstrate nationwide on 18th January at 2000 places including all district headquarters. In the recently concluded […] 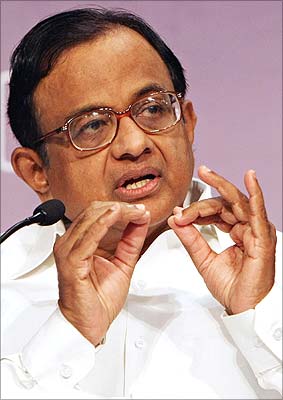