Chengannur Kerala July 17:  In another episode of endless blood battle in Kerala, Vishal, a young ABVP activist murdered at the extreme eastern part of Alappuzha district of Kerala.  According to the souces, “Campus Front”, the Students wing of Jihadi Terrorist organisation unleashed terror in Chengannur Christian College and attacked Vishal yesterday. He succumbed to death today early morning. Vishal was holding the responsibility of ABVP as Nagar Pramukh. Other ABVP activists who were injured along with Vishal are  Vishnuprasad and Sreejith. They have been admitted to a private hospital in Chengannur.

Vishal, was also a  Swayamsevak of Rashtriya Swayamsevak Sangh. He trained in RSS’s First year Sangha Shiksha Varg. He also had responsibility of RSS as Nagar Shaareerik Pramukh.

One thought on “RSS – ABVP activist murdered in Kerala”

Tue Jul 17 , 2012
Appoints envoy to negotiate with RSS MUMBAI, JULY 16, 2012 : Kumar Ketkar who is facing court case for his defamatory articles published against RSS; has finally appointed veteran RSS ideologue & journalist Sudhir Jogalekar as a special  envoy to open dialogue with RSS for withdrawal of court cases against him […] 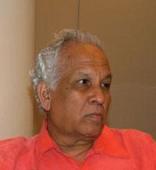