Akhil Bharatiya Vidyarthi Parishad
National Executive Council Meeting
24-27 May, 2012 – Ernakulam (Kerala)
Resolution No. 3 :
Emerging questions on Education and Employment system in North Eastern States
Unforesighted policies of Education by the Governments of the North Eastern States, Corruption,
anarchy in the field of education and development have forced nearly 1.5 lakh students to migrate to other
states for education.
The North Eastern Region could have occupied the foremost place in the country, if the resources of
the region full of natural wealth, would have been used not only in the field of education but also in other areas
of development. This NEC of ABVP has its clear view that the central and particularly the state governments
are fully responsible for this state of affairs of the North Eastern States.
In spite of Rs. 640 crores were given to the North Eastern States for the promotion of Education
under 10th five year plan, but even today there are only 14 Universities, 33 Engineering Colleges, 17
Polytechnics, 10 Medical Colleges and 47 Professional Colleges in the North Eastern Regions. In addition to
limited number of educational institution at every state, students are deprived of basic facilities from primary to
higher education. Looking at the number of institutions it can clearly be said that the Educational Sector is
grossly neglected here.
NEC of ABVP expresses its concern over the corrupt and dictatorial attitude of Vice-Chancellors of
the Universities of the North Eastern States. Offices of the Vice – Chancellors have become the hubs of
corruption. Not allowing the members of the Fact Finding Committee appointed by Hon. President of India,
to meet the representatives of teachers and student organizations, makes their dastardly attitude very much
clear. ABVP strongly condemns these corrupt and anti-education Vice – Chancellors and demands that they
should be removed from their posts immediately.
North Eastern India is having rich and ample resources like tea, oil, natural gas, flora-fauna and forest
reserve. But because of the corrupt and unstable employment policies of the inactive State Governments, the
people have to face the problem of un-employment. Therefore ABVP demands that educational policies be
framed for the north east region with the help of intelligentsia and educationists.
NEC of ABVP is of the clear opinion that the rate of the growth can be increased by imparting
employment oriented Education and by encouraging road transport and initiating new industries. There are
endless possibilities of employment generation through the field of education for the students of North Eastern
States, such as tourism, Food processing, agriculture, bamboo products, sports, silk-technology. Enough
number of employment generating institutions should be opened in the region, and information technology be
given encouragement. Students from North Eastern India should get the priority in the admission for these
institutions, and at the same time arrangements be made to keep control over the institutions coming from
outside the region.
ABVP is of the opinion that the students studying in the educational institutions of other states are not only
economically exploited, but also the boys and girls are facing harassment at the hands of the criminal elements.
As a result a feeling of insecurity is created among these students. We expect all student community to take
initiative to create suitable atmosphere for the students from North Eastern States, we also expect that the
governments and educational institutions should take an initiative for their proper security, and should form
special committees for this purpose.
NEC demands that the state government of the north eastern region should take an initiative to improve the
conditions of education and employment otherwise it will launch a student agitation for it. At the same time
ABVP appeals the social organizations of the country in general and that of the North East in particular to
come forward to be a part of this agitation to force the concerned state governments for the change. 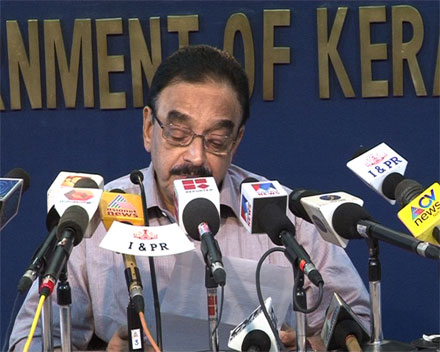