Mangalore, July 3: Akhila Bharatiya Vidyarthi Parishat (ABVP) along with students of several colleges staged a massive protest today in Mangalore demanding ban on organizations like PFI, KFD and CFI which have been fostering hatred in the state with their communal and fundamentalist agendas.

The protesters took a procession from Ambedkar Circle at Balmatta to deputy commissioner’s office, where they staged their protest.

Addressing the gathering, ABVP state secretary Ramesh K said that organizations like PFI, KFD and CFI are implementing their agendas through colleges. They are root cause for drug mafia, ‘love jihad’ and other problems plaguing the college campuses in the state, he said.

Similar protests were staged in many other places . 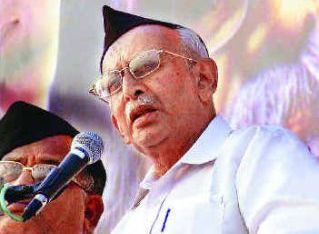