Nationwide Demonstration of ABVP on 18th January against P. Chidambaram New Delhi: ABVP with demand, to make P. Chidambaram co-accused, dismiss him from his post and arrest him in the much talked 2G Spectrum scam, will demonstrate nationwide on 18th January at 2000 places including all district headquarters. In the recently concluded 57th National conference of ABVP attended students has clear opinion that because of then Finance Minister P. Chidambaram 2G scam occurred, which incurred loss of 1.76 lakh crore to the country. The then Finance Minister is totally involved in this case.

In this matter not only P. Chidambaram but objection is also raised on the role of Prime Minister. As per documentary evidences now it is clear that this scam is carried out with cooperation of    P. Chidambaram. In spite of having three months period in between allotment and actual distribution of spectrum, P. Chidambaram didn’t try to stop this. Hence considering his involvement of P. Chidambaram in the 2G scam, ABVP General Secretary Umesh Dutt demanded that Hon’ble President should remove him from his post; he should be made co-accused and arrested. ABVP believes that being as Home Minister he can affect the investigation and it is also necessary to remove him to have fair investigation.

More than 25 lakhs students contended against corruption during last year under the auspices of ABVP and Youth Agianst Corruption (YAC). In the next step intensive agitation will be mad to remove current corrupt UPA government. ABVP calls to leaderships of all ongoing agitations to come on one platform to make this battle more sharp and effective. ABVP believes in 2G scam  P. Chidambaram is equally guilty as main culprit A. Raja. Hence CBI should immediately make him co-accused and sent him behind the bars. ABVP appeals Hon’ble President to remove him from his office with immediate effect. In coming time ABVP will intensify its agitation against  P. Chidambaram and lakhs of ABVP activists will participate in the agitation already run by YAC. 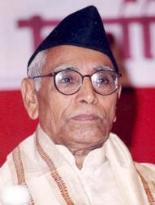