Shri Umesh Dutt said that following the victories in Himachal Pradesh, Rajasthan, Gujarat and various other places it is clear that the youth of the country have thrown their weight behind the ABVP. “The manner in which the ABVP took up the campaign against corruption and raised pressing issues in DU gives us full confidence that we will emerge victorious in the DUSU elections. Moreover, the manner in which ABVP has worked in the last year taking up the issues and problems affecting students of DU and ensuring that such problems are resolved shows the commitment of the ABVP to the cause of students. The ABVP agetated to ensure that at the time of enrollment, OMR forms were made available at 20 rupees and also that students coming from the Madhya Pradesh, Haryana and Uttarakhand boards were allowed to for admission. We believe that the work of ABVP karyakartas in constantly and actively raising issues of national importance will ensure that all four candidates from the ABVP panel will win the DUSU elections.

Ankit Chaudhary, ABVP DUSU Presidential candidate declared that the prime issues which will be raised by the ABVP in this election are the rising room rents for University students as well as the shrinking hostel space for students. In addition to this, there is continuous psychological and physical exploitation of girls in the University. Eligible SC/ST students are not getting their entitled scholarships. There has been two-fold increase in admission, hostel and examination fees. Moreover, migration and revaluation charges have also been are incipences increased.

Ritu Rana, ABVP DUSU secretary candidate said that after clean sweep in DUSU elections ABVP will try its level best to solve all the problems of students. The ABVP will continue to raise its voice against sexual harassment of girl students on campus. Moreover, the ABVP will insist that a safe and compact educational environment prevails in Delhi University. Ritu Rana also said, “We will place our manifesto before the students of DU at the earliest”.

Thu Sep 6 , 2012
New Delhi, September 6, 2012:  A simple, brilliant & upright ABVP youth Sachin Gopalan was hacked to death in Kannur – Kerala. He was attacked in the college by amob of Jehadis & was severely injured. He succumbed to the injuries. He was a committed & service-oriented worker of ABVP. […] 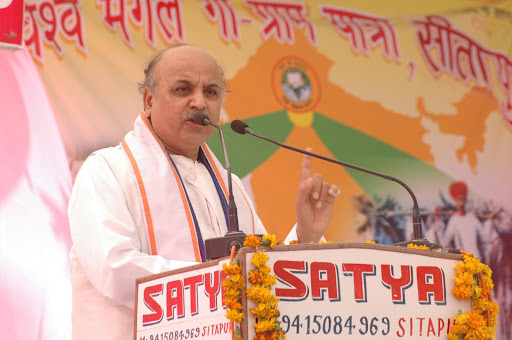