Mumbai December 15, 2012: Prof. P. Murali Manohar (Hydarabad) and Shri. Umesh Dutt (Delhi) today elected as National President and General Secretary respectively of ABVP, the Premier student organization of the nation. This is announced by election officer Prof. M. Jaykumar at ABVP Central office, Mumbai. The term of both the newly elected office bearers will be for one year. They will take charge of their responsibilities in 58thNational Conference of ABVP scheduled to begin from 26thDec., 2012 at Patna (Bihar).

Prof. P. Murali Manohar M.A.(English), M.Ed. is working as a Lecturer in Govt. degree college Jadcherla, dist- Mahboobnagar, Andhra Pradesh. He is an ABVP activist since 1979. He is also known for deep study on social harmony. Andhra Pradesh State govt has given him Best Teacher Award in 2007. In 1987 the hunger problem of Palamur, he lead a “hunger yatra” for awakening and in 1992- 95 he also successfully lead a mass movement under ‘Praja sangharshan samiti’ fot water problems of Palamur. Till the date he held various responsibilities of ABVP as city secretary, vibhag pramukh, state vice president, state president- Andhra Pradesh and so on. From 2002 to 2008 he was a National Vice President. Now he is elected for National President for this session.

Umesh Dutt is basically from Kangra Dist., Himachal Pradesh and being active since 1995 with ABVP. He completed M.Com, LLB from Himachal Pradesh University. Till the date he has held various responsibilities like Vibhag organising secretary, State secretary and State organising Secretary of Himachal Pradesh. He was also the National Secretary for two terms from 2008. He is a very prominent student leader from Himachal Pradeseh & under his leadership ABVP is continuously making victorious win in Student Union elections. He has a record of successful agitations in his state & now under his leadership ABVP is moving very aggressively in its nationwide movement against corruption.

Sat Dec 15 , 2012
Shanghai: “We are welcoming UNAOC in the region, our only regret is that you are coming only now; the mission and the work of the Alliance are immensely important and relevant in Asia and the South Pacific region!” These were the words of many participants from China and countries in […] 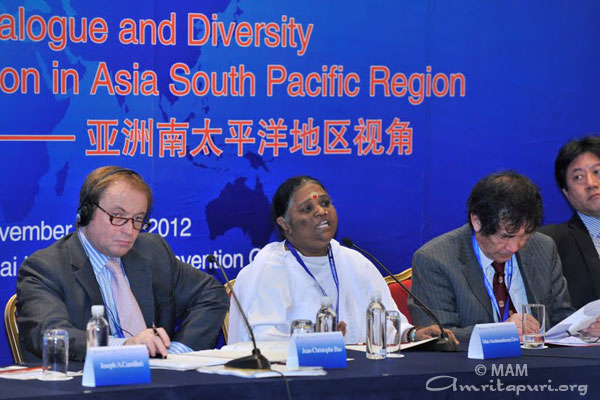