Kerala September 6: Another ABVP leader murdered in Kerala by anti-national elements. Kerala again lost a life of an ABVP student after the brutal killing of Vishal.  Sachin Gopalan (21) was hacked by Campus Front activists(Islamic terrorist group) two month ago  on July 6, 2012. Sachin, an active ABVP worker who had received injures after he was hacked in front of Pallikkunnu School in Kannur district(north kerala) succumbed to injuries on Wednesday evening. InitiallySachin was admitted in AKG hospital ,later he was shifted to KMC Hospital, Mangalore.  in Mangalore .The BJP  have declared a 12 hour hartal staring from 6 am to 6 pm in Kannur on Thursday. Kerala now facing big threat from Islamic fanatism thorug out  the state especially in Campuses.

In Kannur, Police have arrested four Campus front/ PFI activists in this connection so far. However, only two youths were remanded.

Kannur District Police Chief Rahul R Nair had appointed a 15-member special squad on August 24, led by Kannur DySP P Sukumaran to probe the attempt-to-murder case on Sachin Gopal. ABVP had given a memorandum to Home Minister Thiruvanchur Radhakrishnan direclty alleging the police probe against the Campus Front and PFI activists, who were allegedly behind the attack, was not satisfactory. 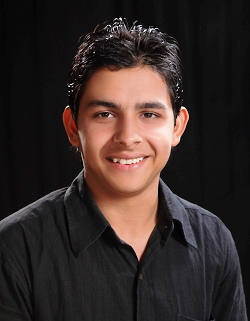