Bijapur, Karnataka: Bijapur of Karnataka  witnessed a massive protest agasinst JK interlocutor report. Protesters shouted slogans against the Interlocutors and their report, claiming it ‘anti-national’. There was a protest demonstration followed with a public speech. Later a memorandum was submitted requesting to squash the interlocutors report. Apartments ONLY for Christians!

Tue Jul 10 , 2012
Chandigarh: An advertisement of an under-construction apartment was  appeared in a Newspaper,  says  it is exclusively for Christians. Interestingly it is purely legal as it is Govt Approved, claims the advertisement. The Project in Sunny Enclave, Sector 124 which is Mohali/Kharar (Near Chandigarh). Please see photograph below from the newspaper: email […] 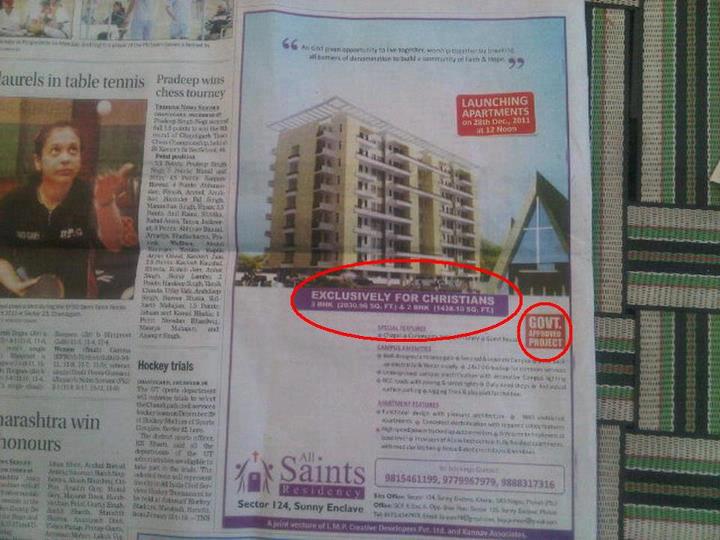