All the Hindus across the globe have welcomed the reported unanimous approval of about $18.5 million Hindu temple and high-tech community complex by Northampton (East Midlands, United Kingdom) Borough Council‘s planning committee recently.
Called Northampton Kutumbh Centre (wider family), besides a spectacular Hindu temple, it also reportedly plans to include state-of-the-art and eco-friendly sports, recreation and leisure, education, enterprise, arts and entertainment facilities on about 4.3 acres; providing structure for events, exhibitions, meetings, indoor and outdoor sports, clubs, crèche and nursery, housing complex for seniors, elderly day care, library, etc.; and using solar and geo-thermal pump technology.
The Centre plans to include a cinema to exhibit Bollywood films and will  have facilities for badminton, indoor cricket, five-a-side football, etc., sports; classes in yoga, pilates, martial arts, gymnastics, reiki, dancing and music; health workshops; vegetable gardens; etc. It will reportedly use green and organic material for roof to attract wildlife habitation. Construction will reportedly be launched next year, completing by 2014.
Meanwhile, Hindu statesman Rajan Zed, in a statement in Nevada (USA), applauded the efforts of project leaders and Northampton and surrounding community to realise this wonderful and all-inclusive Hindu temple complex. Rajan Zed, who is president of Universal Society of Hinduism, further said that it was important to pass on Hindu spirituality, concepts and traditions to coming generations amidst so many distractions in the consumerist society and hoped that this new temple complex would focus in this direction. He stressed that instead of running after materialism; we should focus on inner search and realisation of self and work towards achieving moksh (liberation), which was the goal of Hinduism.
It is being built by Indian Hindu Welfare Organisation, a voluntary charity organisation established in 1996 and focused on enriching the lives of Northampton‘s Hindus by meeting their social, cultural and health needs.  Neelam Aggarwal is the chairperson while Atul Karavadra is the treasurer.
Each year Northampton has a public celebration of Diwali, which includes procession around town centre led by dhol drums, workshops and performances in Market Square, henna painting, sari-tying, etc. Hinduism, the oldest and third largest religion of the world, has about one billion followers.

Tue Jun 19 , 2012
NEW DELHI June 19: A parliamentary panel has invited actor Aamir Khan, who exposed malpractice in the medical sector on his “Satyamev Jayate” TV programme, for an interaction on the issue. He will appear on Thursday morning with his team. Rajya Sabha MP Shanta Kumar of the Bharatiya Janata Party(BJP), who heads […] 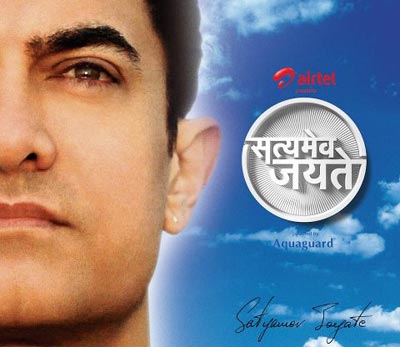