Jammu: RSS Joint General Secretary Sri Dattatreya Hosable was speaking at a discussion on the Bill organised by Trikuta Samvad Kendra in Jammu recently. “The Communal Violence Bill will strike at the root of nation’s unity, weaken the social fabric of the country, widen the gulf between majority and minority communities and will endanger the integrity of our country,” Shri Hosabale mentioned adding that the Bill will neither serve any purpose for the society nor for the country.

He was of the views that the attempt on the part of the UPA Government is to destabilise the federal structure of the country. “Such appeasement policy of the Congress-led Government at the Centre would promote and encourage the fundamentalist forces,” he maintained. “Though the Bill is not meant for Hindus of Jammu & Kashmir and state may not have that impact as compared to the nation as a whole, still the people in this part of the country are required to understand it,” he told the target gathering in the seminar.

Brigadier (Retd) Shri Ravinder Singh Jamwal presided over the seminar. He advocated the views of RSS Sahsarkaryavah and cautioned the people of the state about the dangerous move of the UPA Government.

Earlier, the Sahsarkaryavah and other distinguished persons were welcomed by president of the Trikuta Samvad Kendra, Dr Satyadev Gupta. He presented a brief note of the repercussions of the proposed Bill. The proceedings of the seminar were conducted by Shri Abhay Pargal.

Sat Feb 18 , 2012
Hate Filled Article of Tehelka – Scary Distortion of Journalism Values Recently a story appeared in Tehelka; “Hindutva Lab 2.0″ (http://tehelka.com/story_main51.asp?filename=Ne250212coverstory.asp). For those of you, who have not read it; please feel privileged to visit their website and look into it with the dedication of enjoying a thriller. However, you are […] 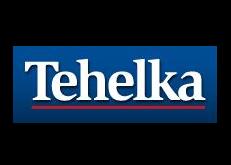