JAIPUR : The chief of Rashtriya Swayamsevak Sangh (RSS), Mohan Bhagwat, on the second day of the organisation’s Chaitanya Shivir in Jamdoli on the city outskirts on Saturday, highlighted corruption as the major issue facing the nation.

Addressing 8,000 volunteers of the organization from the Jaipur region, Bhagwat, during the formal inaugural session of its camp, spoke openly over the issue for the first time. “Corruption is the biggest challenge we face today,” said Bhagwat, adding that those who are involved in corrupt practices are elected to power by the voters.

“Crowds show up in support of Baba Ramdev and Anna Hazare but when it comes to elections, caste plays a major role. Will the voters go beyond regionalism, caste etc. and vote in elections?” said Bhagwat.

According to sources, the RSS chief’s speech was a clear give away about corruption being a major issue for the organisation in the future.

For thousands of RSS volunteers at the camp, Bhagwat advised not to waste their energy shouting away during the campaign but conserve it for the day the nation needs it the most. “You should aim at your target like Arjun who had nothing in view except for what he was aiming at,” said Bhagwat.

Sun Sep 30 , 2012
Kottayam Kerala September 30: ‘Sudarsanji the chief of RSS was always the face of  real Bharatheeya’ ,says  Justice k.T.Thomas.He was always uncompromisable when it deals with Bharatheeyatha. He was attending the memorial speech on K.S.Sudarsan in Kottayam. Reverence towards all religion and also deep knowledge on all matters was the specialty of […] 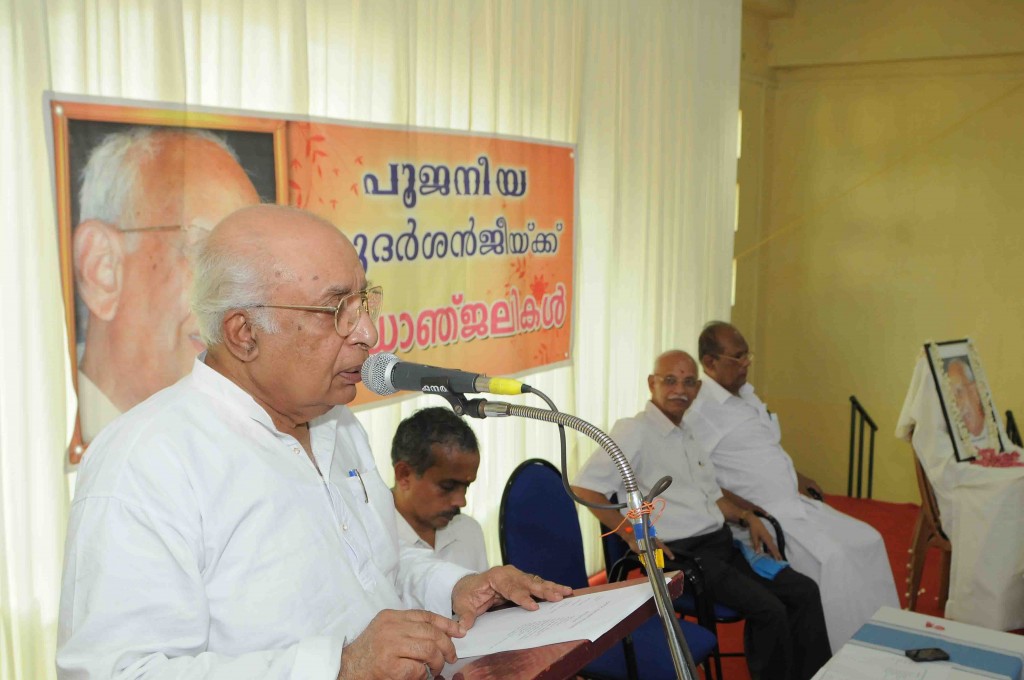