Perumbavoor, Kerala: In a sacrilegious act, a heavily pregnant cow was botched by a butcher of the Muslim community, right in front of the Perumbavoor Dharmashasta temple. The butcher reportedly had offered prayers, which is supposed to part of Islamic rites, before the butchering is done. Members of the Hindu community and Nair Service Society swarmed the area and caught hold of the butcher. The hurt and enraged crowd vented their ire on the butcher. He has been tied up. There is wide spread agitation in the place, with shops being razed and 4 police vans have also been destroyed. A hartal has been called for in Kunnathunaadu Taluk, where Perumbavoor is situated.

Police have arrived at the spot, with the area being cordoned off completely. The body of the cow has been removed from the site, following which the temple re-opened.  Former Municipal Chairperson, NC Mohan, MLA Saju Paul were amongst the first to arrive at the scene. The present Municipal Chairperson Salam has not yet arrived at the spot as situation is extremely tense. The arrival of the District Collector is being awaited for further action to be taken.

The cow that was heavily pregnant had wandered into the vicinity of the temple and was given water by the local Hindus. It was allowed to rest there in peace. However, in the afternoon, the butcher seized the opportunity to make his kill, when no one was around. According to a few helpless lady eyewitnesses, the butcher arrived at the scene with the Mullaka, offered prayers, which is supposed to part of Islamic rites, before the butchering is done. By the time he began the butchering, right in front of the temple, a swarm of Hindus arrived.

The Mullaka managed to escape, while the butcher was caught immediately. He has been tied up. The duo, whose names have not been disclosed yet belongs to Kuttipadam and Allapra. “This should never have been done. The cow was pregnant. These people think they can do and getaway with anything!” said a deeply outraged devotee.

Tue Jan 17 , 2012
RSS Sar Karyavaha Mananiya Bhayya Ji Joshi (Suresh Joshi) who was on tour of Paschima Andhra Pranta came to Bhagya Nagar and on this eve a meeting was held at Rashtriya Vidya Kendra on 7th and 8th January, 2012. In the morning of 8th January, 2012 elections were held for […] 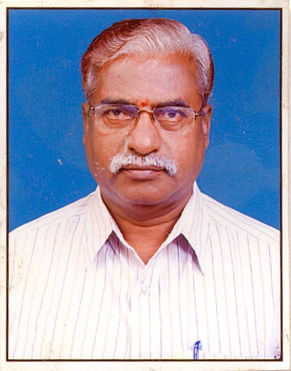