By OLYMPIA SHILPA GERALD, The Hindu

A day with ‘Payir’, founded by a middle class man who left a million rupee job to empower villages to become the change they wished to see.

It is obvious as we bump across the craggy excuse for a road straddling the districts of Perambalur and Tiruchi that our car is alien to these parts. Yet high school boys stop to salute as they cycle by, a destitute woman petitions at the window and little girls wave and call out ‘maama’.

The man seated near me is far from the formidable rustic type but obviously commands respect. While his peers work in air-conditioned offices in the United States, Senthil Kumar Gopalan makes his own mud blocks for low-cost buildings, trains youth in software development at a rural BPO, wields technology to make education appealing to students and sits down to rice grown organically in his backyard.

The 38-year-old founder of Payir has kept faith with his childhood ideals. His organisation lives the Gandhian code of being the change you want to see, empowering villages to take responsibility for their own development. Six years after Payir’s silent efforts, half a dozen villages in the heart of Tamil Nadu can claim better health care, education and employment.

At an age when career choices appear confounding, fifteen-year-old Senthil committed himself to social change. “My cousins recorded my mock interview as I planned my life for the next forty years. Initially all of us have idealistic views of changing the world,” grins the son of an erstwhile cashier at the Pennadam sugar factory. “Many things haven’t happened the same way. As we go along, we know our limitations, and life teaches us a lot of things.”

Reformers like Raja Ram Mohan Roy and Swami Vivekananda shaped his thinking, but he attributes his ideals of rural development to Gandhi. “I can say the books that I read made me. These leaders lived in me.”

As with best-laid plans, Senthil’s well-crafted one went wrong. His family struggled with debts in his final year at engineering college and Senthil rushed into a sales job. But he soon found himself in a respectable position in IBM, capitalizing on the software boom. There, he reworked his plan to accumulate enough savings for his parents and his dream venture. “I went to the U.S. specifically to earn money,” he admits.

Did the great American dream push the humble Indian one aside? “Before I left I made a commitment I would return after five years.” And he kept it, quitting his job as technical director though his company offered to double his pay of one lakh dollars per annum. After making a fixed deposit for his parents, Senthil earmarked Rs.40 lakhs to kickstart Payir.

After accompanying his uncle on a tour of 15 hamlets in the Perambalur belt, Senthil determined to sow the first seeds in Thenur. “It struck me there was a lot of work to do here. There was a marked difference in the kind of resources available and the pace of development.” His uncle’s benevolent gift gave an impetus to his venture — 6.5 acres of land that became Payir’s base.

Senthil does not believe in revolutionary change. “Change must be in small doses, so that people have the opportunity to decide.”

At our first halt at Varadarajapuram, the woman responsible for the spring in his step, his new bride, Preethi, introduces us to health worker Sagaya Mary. “Our work is to build such change agents and help them take their own initiatives,” Preethi, a homeopathy practitioner turned social worker, explains. “Though I have studied till Class VIII,” says Mary, “I had to think before writing each word. Now with training, I am doing all this.” She proudly shows follow-up records of antenatal mothers and low-weight children. Senthil says, “It takes a lot of energy to build confidence in people like Sagaya Mary but that is the most sustainable way of development. Self-sustainability is in the process and not in the funding. What matters is if people can carry the initiative to its eventual end.”

Though Payir’s main goals were to make primary health and primary education accessible to all, soon governance and income generation entered the picture. “People should have the confidence to make an income without migrating to a town,” says Senthil, spelling out the rationale behind Payir Innovations Technology Limted, a rural enterprise empowering local community.

At our next pit stop at Thottiyapatti, a community centre, replete with rows of books and computers, occupies pride of place. Development projects here are a result of collaboration with TUFTS University, Boston, whose students visit twice a year. Payir focuses on creating first-generation graduates here. Similar school intervention programmes are underway at Kannapadi, Nathakadu and T. Kalathur. “Our teachers fill in at schools short of staff. Initially we were seen as a threat and not allowed inside. But we have proved we are not here to confront, only complement,” says Senthil.

At Thenur, a wireless tower looms, the cornerstone for most activities including e-learning centres where children connect to teachers around the globe through Skype. All buildings including Senthil’s dwelling are simple but aesthetic structures built with minimal steel, stabilized mud blocks, palmyra pillars and coconut rafters. Senthil admits the idea has not caught on. “We associate cement, steel and teak with rich, and mud and palmyra with the poor.” But experimentation has a free rein, whether in the non-formal school, the women’s vermicomposting system, or the organic farm. “We have had many failures and a few successes,” acknowledges Senthil. He has also had his moments of self-doubt. “My character was questioned repeatedly after we abolished illicit arrack here with the support of district administration. A man called me a terrorist at a gram sabha meeting.”

Running under its own steam

Senthil plans to fade out of Thenur in three years when he accomplishes his original aim of reaching out to 30,000 people in 15 villages. He plans to start afresh in another terrain, hoping Payir’s present initiatives will run under their own steam. “For the last one year, I have been staying away and looking at the process. I have tried to stop micromanaging everyday affairs.”

Friends form Payir’s financial backbone. “I can at least name 25 close friends from school, college, work who are committed to see this kind of change happen.” His personal needs are limited, he affirms. “My friends gift me clothes and the Trust provides for my food, shelter and travel expenses. What else do I need? Unless you have a hand-to-mouth existence, I believe we all have a social responsibility.”

Employment: Community is involved in construction of buildings, organic farming and data entry for government.

Farming: Most of the rice and vegetables prepared in the community kitchen are organically grown on the premises.

Governance: Payir helps to strengthen panchayat governance to take responsibility for bringing about change. By being a part of various district committees it lobbies for development works in surrounding villages. 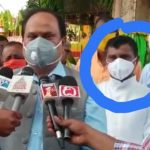