Bhopal: As Madhya Pradesh government tries to create a world record on Thursday with thousands of students performing the yogic ‘Surya Namaskar’ exercise, Muslim leaders have equated it with idol worship and issued a fatwa against it.

Leaders of the minority community have termed the move as un-Islamic and equated it with idol-worship, which is prohibited in Islam.

They also issued a fatwa in this regard on Tuesday which was also ratified by the Shahar Qazi, Sayyed Mushtaq Ali Nadvi.

The school education department has made elaborate arrangements to ensure maximum participation in the Surya Namaskar exercise so that a world record can be created by registering the feat in the Guinness Book of records, officials said.

Directives have been issued to all the government and government-aided schools to ensure maximum participation in the exercise so that it can become a world record.

Madhya Pradesh Chief Minister Shivraj Singh Chouhan has stated that the participation in the exercise is not compulsory.

State School Education Minister, Archana Chitnis said, “Surya Namaskar is a Yogic exercise aimed at improving one’s health and those not interested in taking part in it have an option to stay away from it. Sun is neither saffron nor green.”

However, Muslim leaders have termed the move as an attempt to saffronise the education system.

Thu Jan 12 , 2012
Following the fatwa or decree against the Indian yogic Surya Namaskar in Madhya Pradesh, here is a track down on seemingly strange and nonsensicalfatwas. Fatwa 1: against Muslims joining BJP Election scenario 2009, with Varun Gandhi’s controversial speech in the background, a communal event was organized by congress on 15 March, 2009 in […] 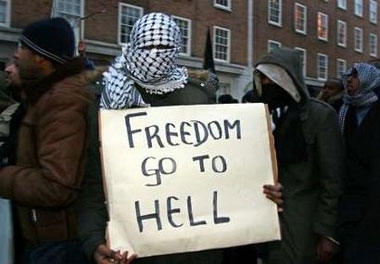