Auckland New Zealand: Hindu Council of New Zealand (HCNZ) organised the fourth National Hindu Conference in Auckland from May 12 to 13. Shri Judith Collins, Minister of Ethnic Affairs and Shri David Shearer, Leader of Opposition in New Zealand Parliament, along with Parliamentarians Kanwaljeet Bakshi, Su’a William Sio and Melissa Lee were present at the Conference. Dr Rajen Prasad, a Parliamentarian, was the Master of Ceremonies for the opening session and he represented as an active member of the Hindu Organisations, Temples and Associations (HOTA) forum.

A notable part of the Conference was that it was coordinated by Hindu youth, a majority of them young women including, Pritika Sharma, Komal Shah, Mamta Bhikha, Nitika Sharma and Arti Patel. Their organising skills as well as the ability to keep the conference deliberations at a very high level shone through the two days.

A number of Hindu organisations from various parts of North Island were present at the Conference. In addition, international presence from the Pacific region in the form of Vishwa Hindu Parishad of Australia and Vishwa Hindu Parishad of Fiji, along with Ramakrishna Mission Fiji added to the growing sense of common purpose of Hindu organisations in the region.
The Conference deliberated on a very wide range of topics. The opening session saw discussions with Dr Rajiv Chaturvedi from HCNZ on Hindu-Maori relations, and Smt Akila Ramarathinam from VHP Australia proposing education on Hinduism in New Zealand schools, similar to the lines of what is already achieved in Australia.
During the session on entrepreneurship, a venture capitalist fund to encourage Hindu entrepreneurship was discussed by well-known business leaders from the Indian diaspora. The role of ethnic media and that of educationalists to counter wrong propaganda and stereotypes led to some passionate discussion and practical steps to spread awareness with Hinduism.
Todd Nachowitz of Waikato University presented his preliminary results of a New Zealand wide survey of Hindu and Indian community. The issue of targeted conversion of Hindus into various religions and cults came up during discussions.

In the session on Hindu temples serving the community saw representatives ranging from young Ms Pauthriya from Wanganui sharing about the way the small Wanganui Hindu community runs the Krishna Cultural Centre, to those from big and popular temples and Ashrams of Auckland, with thousands of attendees. The service a pujari (priest) provides in the Mandir and to the community various Hindu occasions, and his/her duty towards the community was spoken by Acharya Tiwari and other speakers.
A parallel youth session discussed ways and means for youth to be engaged in social and cultural activities. The way the Conference was organised already made it clear what can be achieved when youth bring in their energy to organisation.
On the second day, which coincided with the Girmitya Day celebration by Fiji Indian community, the young representatives, Shri Jay Dayal from VHP Fiji and Swami Tadananda from Ramakrishna Mission, spoke on the coordinated efforts by Hindu organisations to provide relief to flood victims in Fiji in the recent floods. The support from Hindu organisations and also from individuals in New Zealand, Australia, and UK in these efforts was mentioned. Long term service by Friends of Fiji Health from New Zealand and how these networks can help in future was presented.
On the session on Hindu organisations serving community, it was emphasised that the progress towards individual growth in Hindu dharma requires a service-oriented approach towards life, according to Hindu scriptures. That is what Hindu scriptures reason and teach. The session was conducted by Hindu Swayamsewak Sangh, which has been involved in inculcating the values of sewa (service), through various activities with youth in Auckland.
An annual Sewa Day was proposed as a means for strengthening coordination between various Hindu organisations in New Zealand, wherein while continuing with their service activities. The proposal is to centrally gather the information on sewa activities carried out by each organisation.  This information would then be shared with all organisation, and New Zealand people at large.
The session on Hindu festivals discussed the celebrations of Hindu Festivals, such as Deepawali, Holi and Raksha Bandhan on a public platform. A strong message about the minimum expectation of maintaining Hindu traditions on festival days was stressed. For example, the minimum an organisation or workplace can do to show cultural sensitivity while celebrating Hindu festivals, is abstain from non-vegetarian food, alcohol, smoking, etc. when organising these Hindu festivities.
In the concluding session, the work done in the past two years by the Hindu Organisations, Temples and Associations (HOTA) forum to help increase coordination between Hindu organisations by a shared project whose leadership rotates among participating organisations annually was presented by Mamta Bhikha.
The final presentation was on the upcoming international events by the World Hindu Congress, with themes of youth, economics, politics and democracy, women, organisation, media and education to help in the renaissance and resurgence of Hindu society. 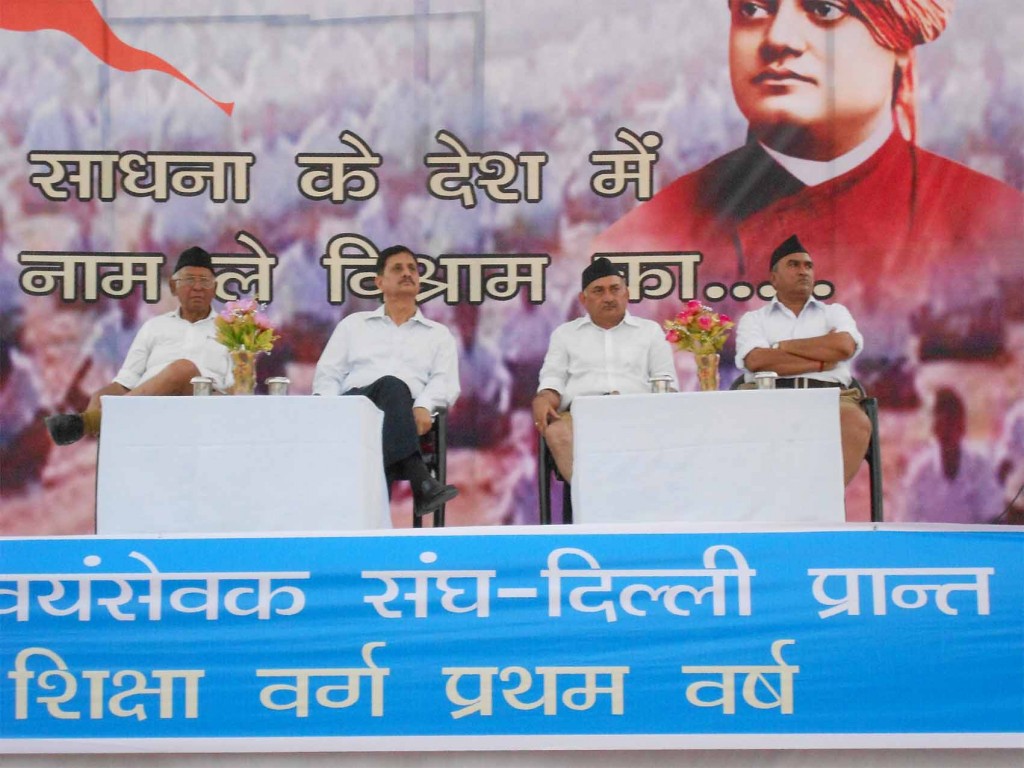