NEW DELHI: India’s ambitious policy to provide free medicines to all patients attending a government health facility across the country will be rolled out from October.

Strongly backed by Prime Minister Manmohan Singh himself, the free-medicines-for-all scheme — being referred to as the “real game changer” — has received its first financial allocation of Rs 100 crore from the Planning Commission for 2012-13.

The entire programme, however, is estimated to cost Rs 28,560 crore over the 12th five year plan.

At present, the public sector provides healthcare to 22% of the country’s population.

The ministry estimates that this will increase to 52% by 2017 once medicines are provided for free from 1.6 lakh sub-centres, 23,000 primary health centres, 5,000 community health centres and 640 district hospitals.

The ministry has sent the National List of Essential Medicines, 2011, (348 drugs which includes anti-AIDS, analgesics, anti-ulcers, anti psychotic, sedatives, anesthetic agents, lipid lowering agents, steroids and anti platelet drugs) to all the states to use as reference.

The states, however, have been asked to create their own Essential Drugs List (EDL), keeping in mind the diseases that worst affect them. Around 75% of the funds under the scheme will be borne by the Centre, while the rest will be the state’s responsibility.

Around 5% of the district funds will be allowed to be used to purchase drugs outside the EDL. The Cabinet has approved the setting up of a Central Procurement Agency (CPA) for bulk procurement of drugs.

The PMO has asked the ministry to set up the CPA as early as possible. At present, 78% of the entire health expenditure in India is from out of pocket (OOP). Purchasing drugs alone accounts for 72% of this OOP expenditure.

Additional secretary in the ministry L C Goyal said a scientific committee will have to draw up the EDL list for the states.

They have also been asked to devise standard treatment protocols in order to avoid unnecessary and irrational treatments.

Goyal said, “The states will procure drugs directly from manufacturer or importer through an open tender. Companies applying for the tenders will have to have GMP compliance certificate, a no conviction certificate and should have a specified annual turnover. The drugs must carry a not-for-sale label printed on the packaging.”

He added, “We plan to roll out the game changing programme from October.”

Goyal said a district-level state-of-the-art warehouse will have to be set up by states to store the drugs and a passport driven system will move the medicines to district hospitals, CHCs and PHCs will then send the drugs to the sub centres.

He added, “It is being made mandatory for all doctors in the public sector to prescribe generic drugs and salt names and not brands. Action will be taken against doctors found prescribing brands.”

Tamil Nadu has been providing free medicines in its public health centres for the past 15 years, while Rajasthan introduced it last October. Both these states have a corporation that runs the show with complete functional autonomy.

A Planning Commission panel had said drug prices have shot up by 40% between 1996 and 2006. It said that during the same period the price of controlled drugs rose by 0.02%, while those in the EDL increased by 15%. The price of drugs that were neither under price control, nor under the EDL grew by 137%.

The Commission says 39 million Indians are pushed to poverty because of ill health every year. Around 30% in rural India didn’t go for any treatment for financial constraints in 2004. In urban areas, 20% of ailments were untreated for financial problems the same year. About 47% and 31% of hospital admissions in rural and urban India, respectively, were financed by loans and sale of assets.

States have cut down on spending to purchase drugs, adding to aam aadmi’s woes. A study by the Public Health Foundation of India recently found that while India’s per capita OOP expenditure to pay for healthcare costs has gone up from Rs 41.83 in 2005 to Rs 68.63 in 2010, the per capita spending on drugs increased from 29.77% to 46.86% during the same period, while hospitalization costs went up from 11.20% to 22.47%.

Outpatient expenditure also increased from 30.63% to 46.16%. Catastrophic spending, or percentage of households spending more than 10% of their overall income on healthcare, is nearly 15% in states that have insurance in place as against 11% in states that lack such policies.

Sat Jun 23 , 2012
Bangalore June 24: The overall organizational base of Rashtriya Swayamsevak Sangh, South Unit, Karnataka has been witnessing a solid addition in its numbers. The annual report released recently by RSS shows that the number of Shakhas has indeed gone up. The figures of January 2011 showed a total number of […] 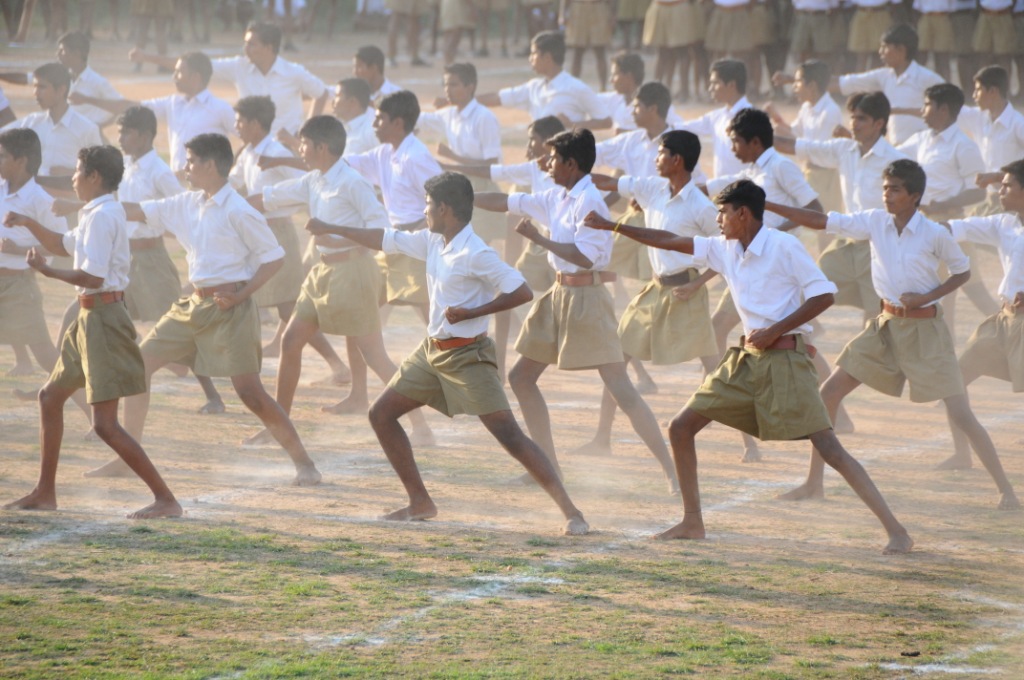