Islamabad: A Hindu trader was abducted and four persons, including a Shia man, were shot dead in separate incidents in the restive Balochistan province of southwest Pakistan on Sunday, police said. Unidentified armed men looted a van and abducted the Hindu trader named Ramesh Kumar on the National Highway near the provincial capital of Quetta.

The van was coming to Quetta from Jacobabad in Sindh province, a region with a sizeable Hindu population, when it was intercepted by 15 armed men.

The men robbed the van’s passengers of their cash, mobile phones and valuables and took Kumar away at gunpoint, police officials said.

Four persons, including a Shia man, were killed and another was injured in three separate incidents in Quetta and Khuzdar district.

The Shia man, identified as Muhammad Yaseen, was gunned down near Musa Colony in Quetta, police said. Officials described the incident as a “sectarian targeted killing”.

Another person was shot dead by unidentified armed men at Qambarani Road in Quetta while two men were killed and another was injured in Khuzdar district.

Professor from China in rekindling the global Interest in Sanskrit: India Today reports 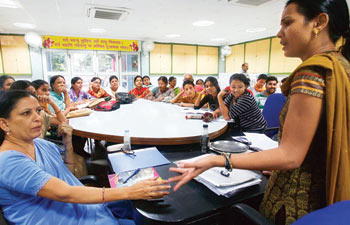