NEW DELHI: India is poised to occupy the sixth position in the top 10 wealth markets this year after edging out Spain for 10th slot in 2011, says a report.

“Uncertainty about the future of the euro and the worsening of the sovereign crisis in Europe are predicted to cause continuing problems, but many emerging markets are expected to continue marching ahead,” according to Datamonitor’s 2012 global wealth market report.

The report further said the world order of wealth markets is witnessing a tilt towards emerging economies which are expected to overtake their Western European counterparts going forward.

The top 10 wealth markets, in terms of dollar millionaire holdings at the end of 2011, in descending order, were the US, Japan, China, the UK, Germany, Italy, Canada, France, Brazil, and India, it said.

Moreover, the cumulative value of the liquid assets held by millionaires in the emerging economies of Brazil, China, and India are likely to triple to USD 4.6 trillion from USD 1.5 trillion between 2006 and 2015.

India, in particular, will experience explosive growth, and is anticipated to jump sixth place by the end of 2012, the report said.

Top 10 wealth markets in 2015 will be the US at number one, with China in second place, followed by Japan, the UK, Germany, India, Brazil, Italy, Canada, and France, it added.

Some of the mature markets have, however, proven more resilient, with the UK and the US, in particular, expected to perform strongly. The US will remain the largest high net worth market in the world till 2015, the report said.

Spain’s fall from the top 10 wealth market in 2011 was largely due to the combination of its poor performance and the explosive growth seen in India and Brazil, the report said.

“The collapse of Spanish real estate and the highest unemployment rate in Western Europe are taking their toll on the market, and the austerity measures recently announced by the government are further aggravating growth prospects for the already struggling sector,”Datamonitor said.

Sun Jun 17 , 2012
A group of Youngsters who have studied only up to 5th std., had a vibrant thought to do some service to the nation. These daily wage workers of Paraiyur village, Palacode, Dharmapuri District, Tamilnadu built a Gandhi mantap.  43 youngsters of the village formed a group by name Gandhi Youth Seva […] 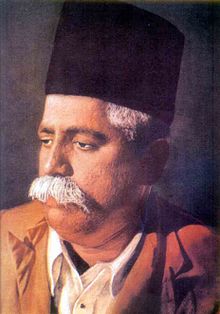