NEW DELHI: Stepping up its diplomatic footprints in energy-rich Central Asia, India is set to replicate the success of the Pan Africa e-network by creating a similar project of tele-education and tele-medicine that will span all the states of the strategically important region.

The e-network project will be unveiled during minister of state for external affairs E. Ahamed’s visit to Bishkek, the capital of Kyrgyzstan, June 12-13, a senior official familiar with the region, told IANS. Ahamed will be accompanied by senior officials of the external affairs ministry, including Ajay Bisaria, joint secretary in charge of the Eurasia division.

In Africa, the e-network has been a success with 47 African countries signing onto it.

The Central Asian e-network will be a pioneering attempt by India to leverage its prowess in the IT to bridge the digital divide in developing countries and to bolster their capacity in critical areas of health and education by linking India’s top hospitals and educational institutions with hubs in the region.

The Krygyz capital will also see India unfurling its Central Asia policy, the first such attempt to articulate New Delhi’s vision for the region where China has made deep inroads.

Bishkek will host a Track 1.5 dialogue that will bring experts and academics along with officials from India and Central Asian countries to map out a coherent and effective India-Central Asia partnership. The dialogue has been organized by the Indian Council of World Affairs (ICWA).

Given the critical importance of the resource-rich Central Asian nations, India has been raising its profile by proactive initiatives on multiple fronts in the region which is already sold on the charms of Bollywood cinema. Culturally, India is strongly placed with its soft power attractions – many Tajiks and Uzbeks who trained in India speak fluent Hindi and love humming Hindi songs.

With its core strengths in capacity building, IT and human resource development, India is uniquely poised to transform the resource-rich strategically located region that suffers from a massive infrastructure deficit. During his visit, Ahamed will also inaugurate a potato processing plant, part of a slew of small development projects shepherded and assisted by India in the region.

The presence of Islamist militant networks and the geographical contiguity of Afghanistan with Central Asian nations have added to the region’s strategic significance for India. Defence cooperation with the region is also growing. India has the only overseas military base in Tajikistan, which is operated by the Indian Air Force in collaboration with the Tajikistan Air Force.

India’s proactive diplomacy in the region will also complement its efforts to join the six-nation Shanghai Cooperation Organisation, which brings together Russia and China along with Central Asian states, including Kazakhstan, Uzbekistan, Kyrgyzstan and Tajikistan.

India made a strong pitch for joining the SCO at the June 6-7 summit in Beijing by outlining its strong multi-faceted relations with the region and myriad strengths it could bring to bear on the development of Central Asia.

Mon Jun 11 , 2012
Anjala secured centums (100/100) in Sanskrit, Mathematics and Science, with 99 in Social Studies and 98 in English. This meant she also secured the first rank in the State in Science and Mathematics Mogappair, Tamilnadu: It was not just that Anjala Beegum of DAV Higher Secondary School in Mogappair secured the […] 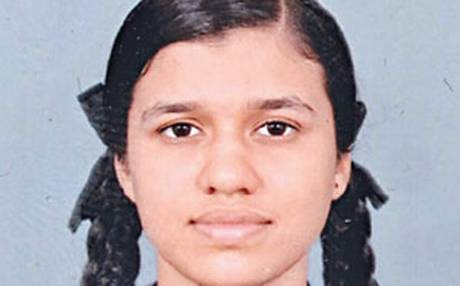