LONDON: Late on Tuesday, Britain’s Channel 4 screened an hour-long TV documentary virtually challenging India’s credentials as a democracy, accusing security forces in Jammu & Kashmir of being responsible for disappearances of 8,000 Kashmiri civilians and extra-judicial executions in the past 22 years as well as for rape and torture.

The same day, the UK’s Guardian newspaper carried an extended piece on the same subject in a clearly co-ordinated assault against India’s human rights record.

The lacunae in the programme, though, was that no neutral party, let alone authorities in J&K or at the Centre were given an opportunity to express their point of view. Strangely, the production team was in the Kashmir valley at the time of last year’s stone-pelting incidents in which over 100 youths were killed. There are questions being asked whether they were tipped off by those who planned the demonstrations.

The central figure in the documentary is a dignified, seemingly progressive and secular advocate at the J&K high court, Pervez Imroz. He was portrayed as diligently compiling complaints of disappearances, rape and torture; and filing cases in court on these.

Imroz was in 2005 awarded the Ludovic-Trarriux International Human Rights Prize but was, allegedly, unable to accept this in person because he wasn’t issued a passport. He is behind the discovery of more than 2,000 unmarked graves which chief minister Omar Abdullah last year described as being mostly unclaimed bodies of foreign militants. Imroz termed the graves “prima facie evidence of war crimes”.  Atta Muhammad Khan, a white-haired man from Bimyar village, described how he was forced to inter bullet-riddled unidentified bodies in the middle of the night.

The programme depicted gruesome examples of torture. One woman claimed on camera that she was raped by security forces when she was 16 and still in school.

Thu Jul 12 , 2012
Shimoga, Karnataka July 12: RSS Pranth Boudhik Pramukh slammed the interlocutors report on Jammu and Kashmir, at a massive protests gathering at Shimoga today. “The report on Jammu and Kashmir by the Interlocutors is purely anti-national. The facts and suggestions mentioned in report are totally against the national interest, hence  citizens has […] 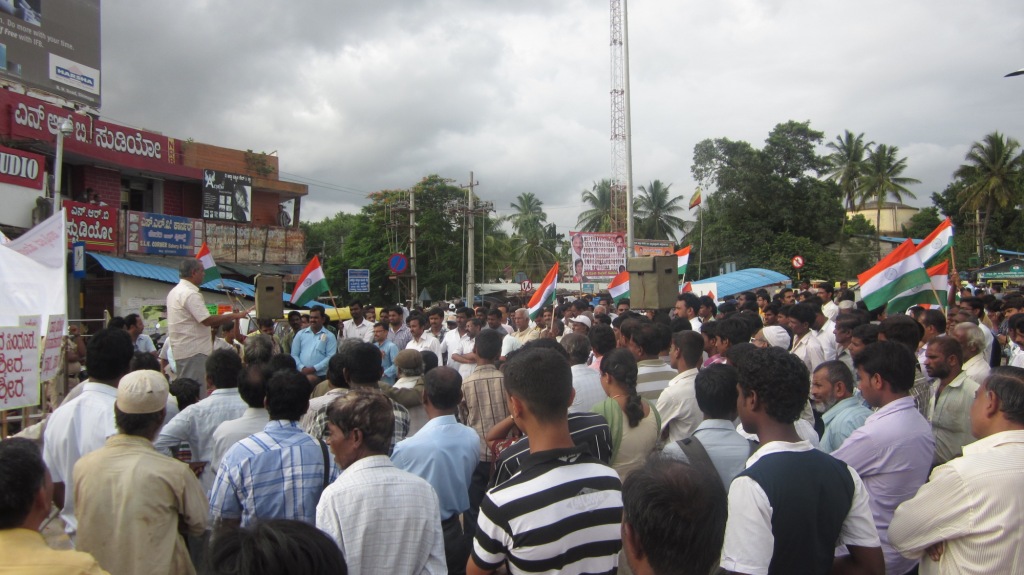