Srinagar, Feb. 25: A shrine board headed by the Jammu and Kashmir governor has cut the duration of this year’s Amarnath pilgrimage to 39 days, angering Hindutva hawks. A Raj Bhavan spokesperson said the yatra would start on June 25 and end on Rakhsha Bandhan or Shravan Purnima, which falls on August 2.

The Shri Amarnath Shrine Board had curtailed the yatra from 60 days to 45 days last year, triggering fierce protests from Hindutva groups, which threatened to start an unofficial pilgrimage 15 days earlier.

The groups relented after the board promised to form a sub-committee, headed by its member Sri Sri Ravi Shankar, to fix the duration of future pilgrimages in consultation with religious heads.

The Raj Bhavan spokesperson said this year’s schedule was fixed on the recommendation of the Ravi Shankar committee, whose other members included Swami Avdeshnandji of Haridwar, Swami Gyaanandji of Vrindavan, chamber of commerce president Y.V. Sharma and other civil society members.

The board’s explanation is that the twin routes from Pahalgam and Baltal to the cave shrine become fit for movement only around June-end and that Raksha Bandhan falls on August 2 this year, against August 13 last year.

To placate potential protesters, the board has decided to arrange a special puja on Jaishtha Purnima, which falls on June 4, at the cave or some suitable location depending on the weather.

Also, if weather permits, the board may advance the yatra by a few days, the Raj Bhavan spokesperson said.

Vishwa Hindu Parishad president Rama Kant Dubey said: “We want the yatra to last two months. There will be no compromise on this.”

The board today also issued a list of dos and don’ts. They will now need a doctor’s certificate before they can undertake the arduous yatra. Cardiac arrest and accidents killed 107 pilgrims last year.

The yatra’s duration has been a subject of controversy since 2003 when then governor S.K. Sinha decided to extend it to two months despite strong opposition from chief minister Mufti Mohammad Sayeed.

Sayeed had to relent and the yatra was extended first by 15 days in 2004 and then by another 15 days two years later.

Separatists led by Hurriyat hawk Syed Ali Shah Geelani want the yatra to be curtailed to 15 days, claiming that was the practice before 1990.

Indianisation of Indian Muslims needed to rise above Fundamentalism: Rakesh Sinha in Bangalore.

Sun Feb 26 , 2012
Bangalore February 26: “Every religion needs critical evaluation. Hinduism went through several reforms over the centuries and allowed all extremes to co-exist in India. There is a need of Indianisation of Indian Muslims and to rise above Fundamentalism” said noted political scientist Prof Rakesh Sinha in Bangalore. He was delivering […] 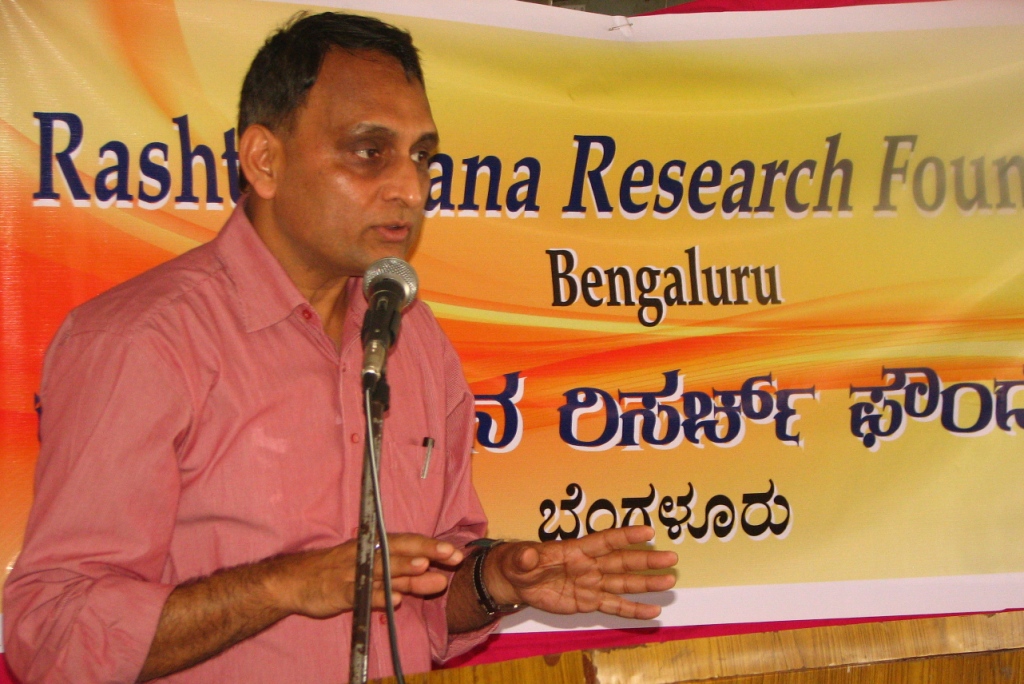