Kerala: Again a file-post on Kerala Social Crisis. In a notification which shocked many, Kerala HighCourt is recruiting for appointment to the post of Munsiff-Magistrate in the Kerala Judicial Service. As per notification No. B1-91557/2010 dated 28-01-2011, High Court had notified 35 vacancies of MunsiffMagistrates for appointment in the Kerala Judicial Service.

The link to notification as follows:

Applications are invited in the prescribed form, from qualified candidates belonging to the noncreamy layer of Muslim and Scheduled Caste converts to Christianity communities in the State of
Kerala, for appointment to the post of Munsiff-Magistrate in the Kerala Judicial Service. As per
notification No. B1-91557/2010 dated 28-01-2011, High Court had notified 35 vacancies of MunsiffMagistrates for appointment in the Kerala Judicial Service. But, one reservation turn each to be filled
up by candidates from Muslim and Scheduled Caste converted to Christianity communities have been
kept unfilled for want of suitable candidates from the said communities in the select list of 4
candidates prepared pursuant to the above notification. As per Rule 15(a) of the Kerala State and
Subordinate Services Rules, 1958 these 2 posts are to be filled up by another direct recruitment
exclusively from the members of the respective community.

1. Scale of pay of the post: ` 27,700 – 44,770
2. Number of vacancies: Muslims – 1
Scheduled Caste converts to Christianity – 1
3. Method of recruitment:
Direct recruitment from candidates belonging to the Muslim and Scheduled caste converts to
Christianity communities. Rule 15 (a) of Part II of the Kerala State and Subordinate Services Rules,
1958 shall be applicable for this recruitment.
4. Mode of selection:
The selection shall be after holding competitive examinations at two successive stages. The first
stage is the Kerala Judicial Service Examination (Preliminary). The second stage is the Kerala
Judicial Service Examination (Main), consisting of a written examination and a viva voce. The
preliminary examination and main examination will be conducted on the basis of the Scheme given
below. The preliminary as well as the main examinations will be common for the candidates who
apply in response to this notification and the notification number REC 4 – 97821/ 2011 dated 31-01-
2012 (Recruitment Number 3/2012) for regular vacancies in the post of Munsiff -Magistrate. Only
those candidates who are declared by the High Court to have qualified in the Preliminary
Examination will be eligible for admission to the main written examination, provided they are
otherwise found eligible for admission to the Main Examination. Names of candidates shortlisted for
the main written examination and the schedule of the main written examination will be published in
the Notice Board and website of the High Court and candidates who are found eligible for admission
to the main examination will also be intimated personally. The Preliminary examination shall be
conducted on 13-05-2012.
5. Qualifications:
A candidate for appointment as Munsiff – Magistrate by direct recruitment (N.C.A. vacancies)
shall satisfy the following general conditions, namely;
a) He/She shall be a citizen of India.
b) He/She shall be holder of a degree in Law recognised by the Bar Council of India for
the purpose of enrolment as an Advocate.
c) He/She shall not have completed 38 years of age on the first day of January, 2012 and – 2 –
40 years if he/she belongs to the community of Scheduled Caste converts to
Christianity.
d) He/She shall be of good character.
e) He/She shall be of sound health having no bodily infirmities, which renders him/her
unfit for appointment.

While applying for the post , the candidate should ensure that he/she fulfils the eligibility
and other norms mentioned in the notification. The qualification prescribed for the post shall be the
one acquired by the candidate on or before the last date fixed for the receipt of the applications.

Papers Subjects
Paper–I
English Grammar, General Essays, Translation of Malayalam
Depositions/Documents to English, Precis writing.
Paper–II
Part–A: Indian Contract Act, Transfer of Property Act, Limitation Act, Specific
Relief Act, Easements Act, Kerala Building (Lease and Rent Control)
Act, Hindu Succession Act, Indian Succession Act – Parts V, VI & X,
Dissolution of Muslim Marriage Act.
Part–B: Kerala Court Fees and Suits Valuation Act, Kerala Stamp Act, Legal
Services Authorities Act, The Kerala Panchayath Raj Act -Ch. X, XI,
XXIA & XXIII, Kerala Municipality Act -Ch.IX, X, XXIV & XXV,
Negotiable Instruments Act (except Ch. XVII), and Registration Act.
Paper–III
Part–A: Indian Penal Code, Indian Evidence Act, Abkari Act, Prevention of Food
Adulteration Act, Negotiable Instruments Act -Ch. XVII, The Protection
of Women from Domestic Violence Act.
Part–B: Juvenile Justice (Care and Protection of Children) Act, Kerala Police
Act, Probation of Offenders Act, Forest Act, N.D.P.S. Act (provisions
relating to bail and trial by Magistrates)
Paper–IV
Part–A: Code of Civil Procedure, Civil Rules of Practice, Kerala Civil Courts
Act.
Part–B: Code of Criminal Procedure and Criminal Rules of Practice.
10. Training:
Every person selected for appointment shall undergo training for a period of not less than one
year extendable up to two years. The training will be conducted by the Kerala Judicial Academy.
During the period of training, appointees will be paid an allowance of ` 27,700/- per month.
11. Probation:
Every person appointed shall be on probation for a total period of two years on duty within a
continuous period of three years from the date on which he joins duty.
12.Tests:
Every person appointed shall, within the period of probation, pass the Account Test for
Executive Officers of the Kerala State or the Account Test (Lower) unless he has already passed
either of those tests.
13. How to apply:
(a) Application shall be submitted in the prescribed format in good quality A4 size paper, which
can be downloaded from the official website www.hckrecruitment.nic.in.
(b) Applications shall be accompanied by Demand Draft for `1000/- drawn on State Bank of
India in favour of Registrar General, High Court of Kerala payable at Ernakulam. However,
no fee is payable in the case of unemployed physically handicapped candidates. The Demand
Draft should not be dated before 31.1.2012 and after 3.3.2012. The candidate who apply for
both the NCA vacancies and the regular vacancies need to remit only one fee of `1000/- by
way of demand draft. But they should enter the details of the demand draft in both the
applications. The – 4 –
candidates should write their name and address on the reverse of the Demand Draft and send
it along with the application. Fee once remitted will not be refunded under any
circumstances.
(c) Application form including the forms of Admission ticket (form ‘A’) and Attendance slip
(form ‘B’) contains 7 pages.
(d) The candidates who are in the service of the Government of India or any of the State
Governments applying to the post by direct recruitment should obtain No Objection
Certificate from their Head of Office or Department and keep it with them. If the candidate
fails to produce the No Objection Certificate as and when called for, his/her candidature will
stand cancelled.
(e) Candidates should read carefully this Notification and all the columns of the application form,
before filling them.
(f) All the columns should be filled up by the candidate in his / her own hand. Do not fill up any
column by dashes or dots or any other marks or leave any column blank. If any column is not
applicable, write ‘not applicable’ against that particular column.
(g) Full and correct information shall be furnished against every column. Furnishing of false or
incorrect information or suppression of material information will disqualify the candidate at
any stage of selection. Anything not specifically claimed in the application against the
appropriate column will not be considered at a later stage.
(h) The candidates should affix recently taken (within the last six months) passport size
photographs on the application, Admission Ticket and Attendance Slip and sign across them.
(i) Additional sheets of the same size as the sheets of the application form can be used, if space
provided against any column is found to be insufficient. In such cases appropriate indications
shall be given both against the relevant column in the application form and in the additional
sheets so used.
(j) No alteration or modification of entries in the application form shall be permitted after the
same is submitted to the Registrar and any request in this regard shall render the application
invalid.
(k) Duly filled up Admission Ticket and Attendance Slip in Forms ‘A’ & ‘B’ with self attested
photographs shall be forwarded along with the applications. At present, the candidates need
not send copies of any testimonials/documents to the High Court. They should produce the
originals and copies of certificates in proof of their claims in the application as and when
called for. Failure to produce the original documents when called for, will result in
disqualification of the applicant.
(l) Applications which do not comply with the instructions shall be rejected.
(m)Applications duly filled up in all respects shall be submitted to the Registrar General, High
Court of Kerala, Kochi–682 031, on or before 03.03.2012………………….=…………..2012.
(n) To avoid postal delay, the candidates may send their applications sufficiently early. The High
Court will not be responsible for any postal delay or loss in transit.
(o) Applications received in the High Court after the last date shall, under no circumstances be
considered.
(p) The cover containing the application shall be superscribed “APPLICATION FOR THE POST
OF MUNSIFF-MAGISTRATE (N.C.A. VACANCIES – 1
st
RE-NOTIFICATION)
(q) For removal of doubts, candidates may call 0484-2562235. 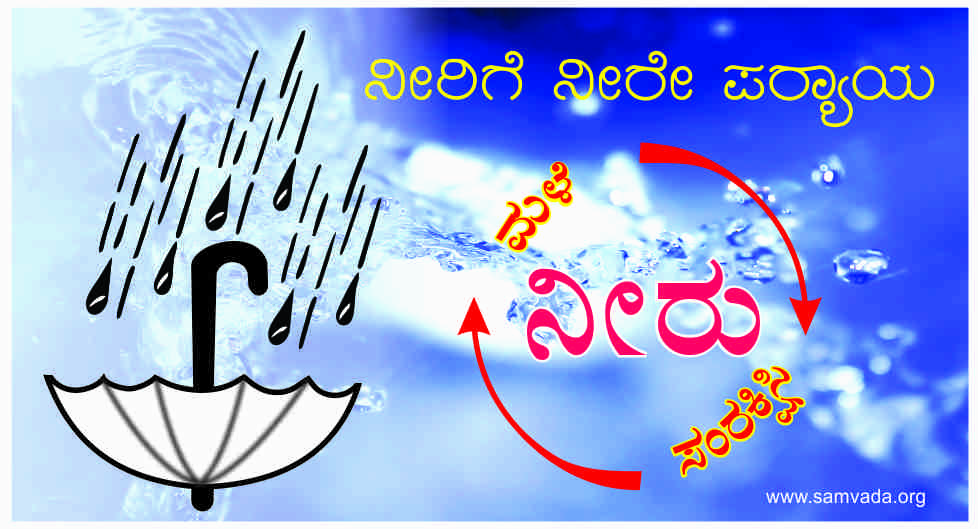