Skip to content
SRINAGAR: Two separatist guerrillas of theLashkar-e-Taiba (LeT) were killed in a gunfight in Jammu and Kashmir on Saturday, Armysources said.

“On specific information about the presence of some terrorists, troops of the counter insurgency Rashtriya Rifles and police surrounded a house in Dura (Litter) village of Pulwama district late Friday,” Lieutenant Colonel J S Brar, spokesman of the Army’s Srinagar based 15th corps, said.

“The hiding terrorists were challenged to surrender on Saturday morning, upon which they opened fire at the surrounding troops, triggering an encounter.

“Two terrorists identified as Ashiq and Mudasir of LeT outfit have been killed in the encounter which has ended now.”

Sat Feb 4 , 2012
ABVP press release: Till chimdambaram is in Government, fair inquiry is impossible, so he must resign: ABVP. Mumbai: From day one present UPA government is trying to protect the culprits and by hiding truth has mislead investigation. ABVP appeals youth to come forward more aggressively to bring the real culprits like chidambaram before the law. […] 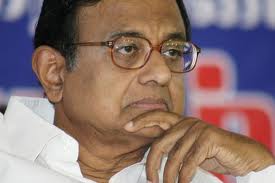