NEW DELHI: Delhi Police’s special team investigating the Indian Mujahideen terror cell has arrested a key ideologue of the group who played a crucial role in motivating many youngsters to join the home-grown terror outfit over the years.

A senior official said Talha Abdali alias Israr, who was arrested from Barabanki in Uttar Pradesh on Sunday, was one of the founders of IM, and may have done some research work in the prestigiousJawaharlal Nehru University in New Delhi. He was brought to Delhi on Monday and produced before a local court.

A source said, “We have information that Israr is a founder member of Indian Mujahideen and he had knowledge about various blasts and operations. He is one of the important ideologues in the group who also recruited youths.”

Sources said Israr was one of the most important members of IM, attached to the organization from day one. Police sources said initial inputs showed that Israr may have stayed in Jawaharlal Nehru University and carried out some kind of research, but they are yet to confirm this.

Delhi Police had secured non-bailable warrants against 15 Indian Mujahideen suspects from a Delhi court two days ago and Israr was one of them. Their names had cropped up during the questioning of Tariq Anjum Hasan and seven others who were arrested by the cops earlier.

Sources said Israr had arranged a hideout for Bhatkal recently when several teams were raiding in Uttar Pradesh, Chennai, Maharashtra, Bihar, Andhra Pradesh and Karnataka for the elusive terror mastermind. However, this time too, Delhi Police could not arrest Bhatkal.

Israr is being questioned about other places where Bhatkal could be hiding and raids are being conducted. Police are also examining if Israr was present at the residence of Tariq Anjum Hasan, who was arrested from Nalanda, Bihar three days ago, when IM operatives discussed the attack on Jama Masjid in Delhi. Delhi Police sources said it was in Tariq’s residence that Bhatkal planned the attack. “We have to find out whether Israr was also present during the planning ofJama Masjid attack or other blasts,” said the officer.

Officials said they will confront Israr with seven arrested IM members and Tariq as well. “He also knows Tariq very well and both had met in the past,” the officer said.

Tariq had provided names of at least 15 IM members settled in Bihar’s Darbhanga district, Bhatkal in Karnataka and Unnao and Barabanki in UP

Sun Feb 12 , 2012
Tension prevails in Meepuguri of Kasaragod, Kerala on Saturday following defilement of a temple by unidentified persons. District administration has clamped prohibitory orders in the Kasaragod Taluk limits for a week. On Saturday morning it came to light that a group had desecrated Shree Durga Parameshwari Kshethra in Meepuguri. Three […] 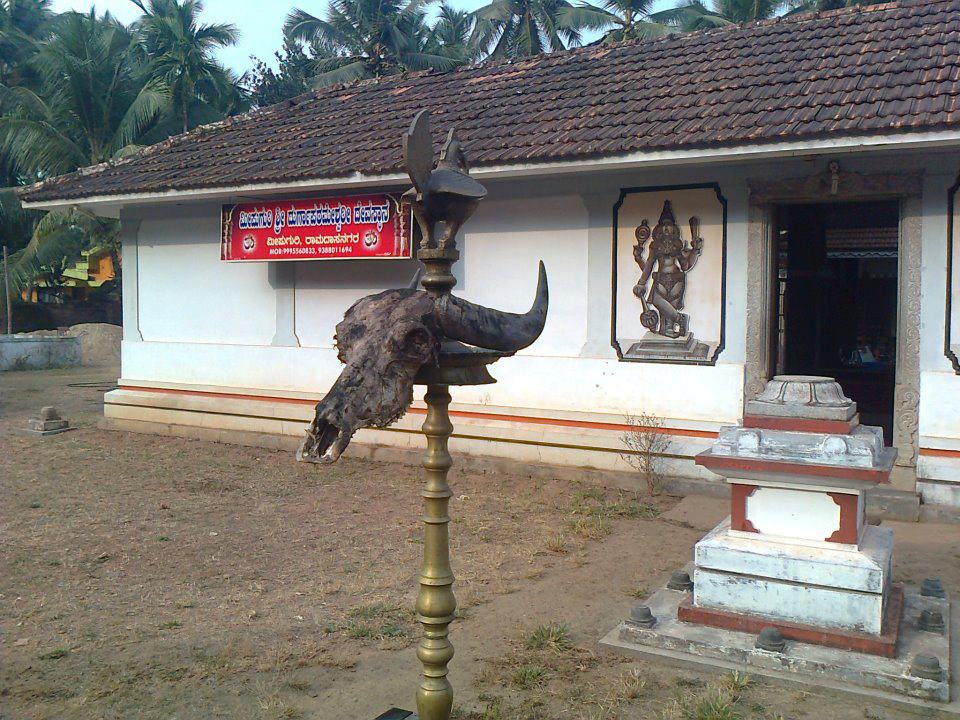