Kolkata Dec 19, 2013: A 3-day mega RSS gathering to be held at Kolkata of West Bengal on January 11, 12 & 13 -2013 in which RSS leaders including Sarasanghachalak Mohan Bhagawat, Sarakaryavah Suresh (Bhaiyaji) Joshi will participa

After a gap of twenty years, the Rashtriya Swayamsevak Sangh (RSS) will hold its three-day youth gathering (Tarun Samavesh) in West Bengal from January 11. The workshop will be held at Gayeshpur in Nadia district. In 1992, the RSS had held its workshop in the same Gayeshpur area for the last time.

January 12 of 2013 happens to be the 150th Birth Anniversary of Swami Vivekananda, who hailed from West Bengal, the RSS convention on the same day came as a combo for patriotic citizens of West Bengal.

Krishanu Mitra, RSS official told on Wednesday that the gathering  will be inaugurated at the Goshala ground in Gayeshpur by the RSS General Secretary Bhaiyaji Joshi.  Sarasanghachalak Mohan Bhagawat will address the concluding session on January 13,” Mitra said.

Thu Dec 20 , 2012
New Delhi December 20, 2012: Vishwa Hindu Parishad today praised the leadership skills of Narendra Modi and wholeheartedly congratulated him on the occasion of massive win in Gujarat Assembly elections today. In a press release, VHP Veteran leader Ashok Singhal has called Narendra Modi, the man of the moment as […] 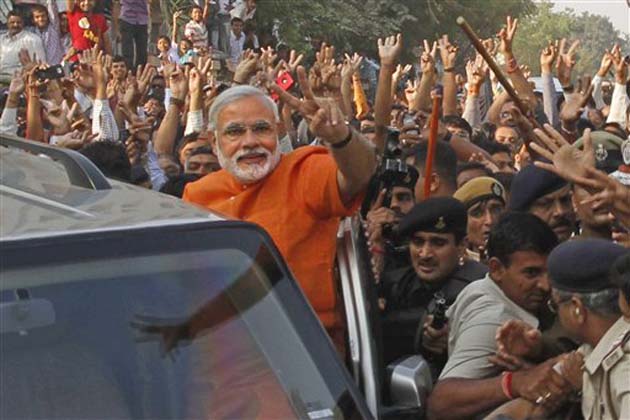