With increasing number of mouth cancer cases in the country, Madhya Pradesh has become the first state to ban all Gutka products which contain tobacco or nicotine under a new law governing food safety standards. Bhopal PTI: The Madhya Pradesh food secretary has issued instructions to all District Collectors and Food Safety officials to ensure that the sale and manufacture of all Ghutka products in their areas is not allowed and all such material containing tobacco and nicotine be confiscated.

The ban came into effect from April 1.

The state food secretary has also called for initiating action under the rules against all those indulging in sale and manufacture of Gutka products containing Tobacco and Nicotine.

Under the Food Security and Standard Assessment Act, the food and drug administration can impose a penalty of Rs 25,000 on any person found selling Gutka.

Citizen's Despondency destroys the character of the nation: Dr Chandan Mitra in Bangalore

Wed Apr 4 , 2012
Bangalore April 4: Social media and social networking has mobilesed several social movements, Internet has changed the pace of life, said Dr Chandan Mitra, Rajyasabha MP and Editor of The Pioneer in Bangalore. He was delivering key note address after inaugurating “A Symposium on Current Issues : A Dialogue with Media” jointly […] 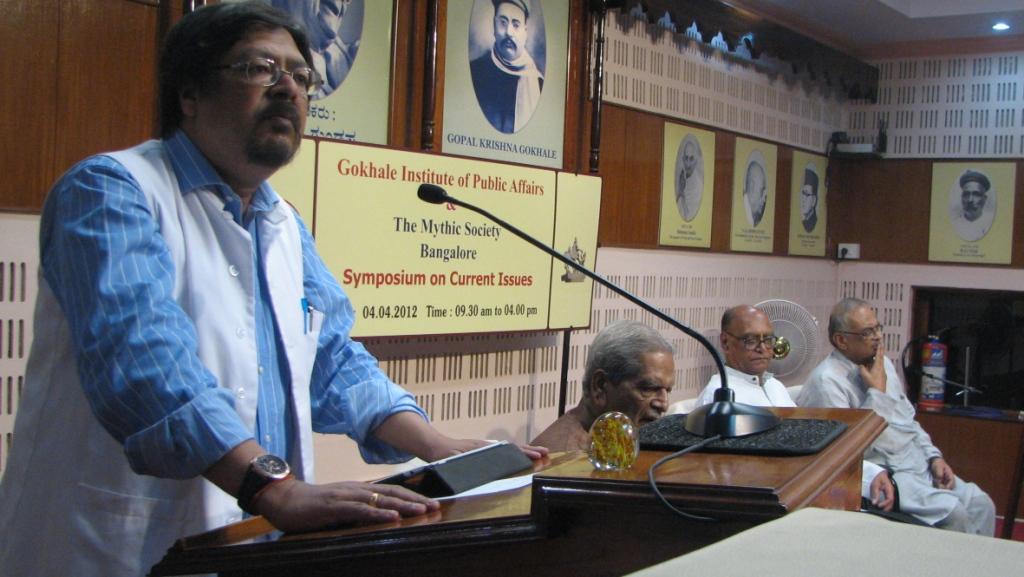