New Delhi June 29: Malegaon blast accused Lt Col PS Purohit says he had “infiltrated” the Hindu radical outfit Abhinav Bharat and did his job properly and also kept his bosses in the loop.

The Military Intelligence officer is facing two separate trials, one is being handled by the National Investigation Agency(NIA) and the other one is Army’s Court of Inquiry (CoI) into the matter.

“I infiltrated Abhinav Bharat. I have done my job properly, have kept my bosses in the loop and everything is on paper in the army records. Those who need to know, know the truth,” Purohit told Outlook magazine.

The army has completed the CoI under a Brigadier-level officer against Purohit and submitted its findings to the Southern Command headquarters, sources said.

None of the 60 witnesses who deposed before the CoI have corroborated the charge of Purohit being a terrorist, the magazine said based on testimonies of these witnessed accessed by it.

Army sources, when asked if the service had decided in haste while taking action against the officer, said whatever action deemed appropriate at that time, was taken by the authorities.

The CoI againt Purohit had commenced on April 7, 2009 and first concluded on September 1, 2010 after recording the statements of all the witnesses and reportedly recommended his dismissal from service.

However, after Purohit went in appeal against the CoI in the Armed Forces Tribunal, the services court asked the inquiry to be reconvened after finding that certain witnesses were not allowed to be cross-examined by the accused officer as per the Army laws.

In his plea before the AFT, Purohit had also stated that he was given “extreme inhuman treatment” by one Colonel RK Srivastava during his interrogation.

Purohit had also contended that his trial by the CoI was invalid as proceedings against him were already on in a MCOCA court.

Fri Jun 29 , 2012
New Delhi June 29: The Indian Army appears to be caught in the cross-hairs of a big new controversy – in 2008, it may have acted too quickly in accepting that a serving military intelligence officer, Lt Col Prasad Purohit, was linked to a right-wing terror group. In 2008, a bomb […] 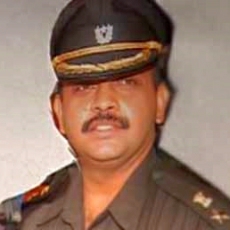