Ranchodbhai Bharwad, General Secretary of the Gujarat VHP, said it was a religious function and the VHP members attended it as guests. “The speculation of the VHP patching up with the BJP has no basis at all,” he said.

Function was organised by Hindu Dharma Acharya Sabha at Swaminarayan Gurukul Vishwavidya Pratishthanam. It is a three-day event and, according to sources, about 100 religious leaders are participating in it. One of the main organisers is said to be Rajkot-based religious guru Parmanandji.

Thu Nov 8 , 2012
Washington November 7, 2012: Last night, Hawaii not only elected Japan-born Mazie Hirono to be the first ever Asian-American woman elected to the Senate, they also elected Democrat Tulsi Gabbard as the first ever practicing Hindu to the US House of Representatives. Hawaii has been declared a Fox News Disaster […] 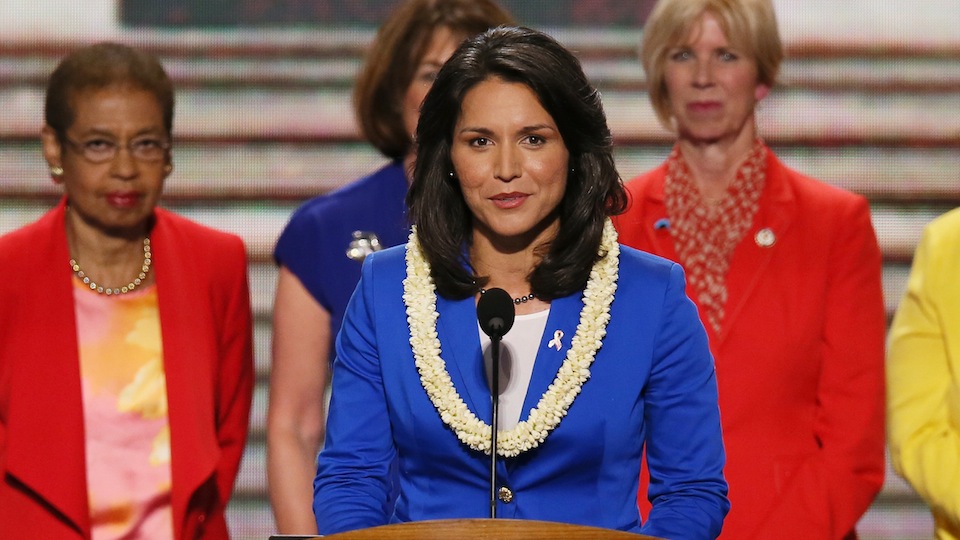