Thiruvanantapuram July 7:  Janam TV,  a unique style of  TV channel will be part of the fight against social injustice and corruption prevailing in the India. From unbiased and uncensored news to educationally, professionally and socially oriented programmes, from politics to business; from entertainment to amusement; from traditional beliefs and their rationale to modern concepts; from the very material life to highly spiritual; Janam will touch upon all aspects of life, in their true and most authentic forms.

Long awaited dream of Nationalists is nearing to a reality in Kerala. New TV Media ‘Janam TV’  is now a hand distance away.For Keralites who are fed up with Anti Hindu propaganda medias is getting ready to welcome ‘Janam’.

Above all other factors, the relevance of JANAM stems from the fact that all the existing channels in Malayalam have either fixed long term agendas or tend to cater to the needs, aspirations and ‘hype’ created by the current socio-political cauldron in the state.

The present media houses in the state, including channels, are being run by organized sections of the society that include political parties and influential families. They exclude the silent majority who has neither organized strength to bargain nor to raise voice even for justifiable social causes in Kerala.

On the other hand, the social fabric of Kerala is fast changing where economic superiority of organized groups is now followed by efforts to dominate cultural, social and intellectual spheres as well. Anti-national forces, often backed by foreign funds are also viewing Kerala as their safest haven today. Well coordinated designs by such forces to reinvent our cultural ethos and restructure the social chemistry in the state will have disastrous consequences, if not checked immediately.

Powerful tools like JANAM will definitely give impetus to nationalist forces in efforts to resist such grand designs, especially at a time when the eternal values that has defined our social fabric are under threat.

JANAM, through its programs, will be the voice of the ‘Silent Majority’ and bring about enormous and collective changes in the modern society. 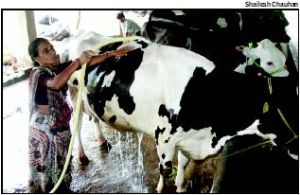