BIJAPUR (Karnataka): Tension prevailed in Sindgi town near here after it came to the notice of locals that a Pakistani flag had been hoisted on the premises of the Tahsildar’s office today, police said.

Soon after receiving the message, police went to the town, about 60 km from here, and seized it from the flag-pole, SP Rajappa said.

An irate mob pelted stones at two buses and showed signs of intensifying the protest. However, police brought the situation under control, he said, adding the situation was now peaceful.

The flag was hoisted at midnight while people were celebrating new year in the town, Rajappa said and added that locals allegedly tried to manhandle him as well.

Police have taken some persons into custody for inquiry and but no arrest had been made, he said 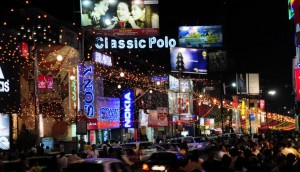