Setting down his trading tools,Premji Bhai  of Rajkot  picked up a spade and began planting trees, and finding ways to water them even in the driest of places.

He is responsible not only for planting millions of trees, but also finding ingenious ways of watering them in dry regions.

After long years of leading a trader’s life in the city, when Premji Bhai decided to return to his village he was shocked to see most of the roadside trees either drying up or dead. That immediately spurred him to action and he ended up developing a device for scattering seeds — about 45 billion of them, in fact, till date.

From his homeland Saurashtra, his work soon spread to parts of Gujarat, Maharashtra, Madhya Pradesh and Rajasthan.

Born into a farming community in Upleta Taluka, Rajkot district, Premji became a distributor for Reliance Textiles and moved to Mumbai in 1975. Yearning to retire from his trade and the urban lifestyle in Mumbai, he looked for ways to make a difference to the world. His mind kept returning to a character called Gopal Bapa in a Gujarati play, written by the well-known educationist Manubhai Pancholi, who generated employment for young people through horticulture and growing trees.

Emulating this, Premji began by supporting tree planting near the temples in his village. He reasoned that religious faith would prevent people from cutting them.

He hired a person to organise this work and met all expenses. Soon his work spread to temples in more villages. Finally, in 1984, he entrusted the work to a local voluntary organisation.

His son, an industrialist in Ahmedabad, forwarded him an article from a local magazine that described the work of Elzeard Bouffier (which originally appeared in a story titled The Man Who Planted Trees by the French writer Jean Giono). A shepherd, Bouffier devoted his retired life to tree planting and is credited with creating a forest 10 km wide and 50 km long within 35 years. Premji was inspired by this too, and his son supported him wholeheartedly.

In the beginning, Premji set out every morning with a bagful of seeds and a small spade. He planted seeds on the bunds of fields and along roadsides. People aware of his wealthy background greeted his effort with derision.

Next he got himself a motorcycle to move around for his tree-planting work. He also roped in volunteers, and even schoolchildren, to sow the seeds.

“When I ran out of seeds, I bought more from any dealer I came across and resumed my journey to find collaborators. In this way I travelled over 1.4 lakh km during the first five years on my bike,” he says.

He, however, stuck to one rule — he never went back to check whether the individuals/ institutions he gave the seeds to had sown them or not, or whether they used them for personal gain.

“This was a conscious decision, and perhaps the secret of my success in mobilising a large number to join my mission,” he says.

But he did refuse to give seeds to those who came repeatedly for more, and instead directed them to seed dealers.

He is also trying to persuade district education authorities to shift the annual school vacation from April-May to October-November so that students can participate in tree-planting and farming operations. “The authorities have not responded, but I am not likely to give up so easily,” he asserts.

In the meantime, Premji began to look for better ways of broadcasting seeds to ensure the trees were properly spaced. He recalls how he used to set out in a four-wheeler with 10-12 volunteers and a sack of seeds. “I gave a bag of seeds to each volunteer and dropped two of them at each milestone. I asked them to broadcast seeds on both sides of the road while walking towards the next milestone. This way we covered a 150-km stretch.”

However, the trees grew in a haphazard manner as the seeds were broadcast by hand. That led Premji to think of air-blowing seeds through a mechanised device to disperse them evenly.

His daughter and son-in-law, who run a steel business in Rajkot, chipped in with suggestions and encouragement.

He bought a motor, a fan and pipe from the scrap market and started work on his innovation. Soon he had ready a petrol-driven mechanical blower mounted on the back of a jeep. The blower, fabricated in Rajkot at a cost of around Rs 12,000, could disperse seeds up to 15 metres. Premji soon adapted it for use on railway tracks as well, to broadcast seeds alongside the tracks. He now has two such machines.

Within a year, he managed to broadcast 10 tonnes of tamarind seeds in villages around Ahmedabad. He also lends the machines to other tree-planting organisations.

A TREE FOR EVERY KIND OF LAND

When it comes to planting trees within clusters of thorny bushes, which offer natural protection from grazing animals, he uses a specially-devised hollow crowbar to dig safely amongst the thorny shrubs and drop the seeds in.

Besides roadsides, railway lines, bunds and other common land, he also plants in wastelands by first loosening the soil using hired tractors. He has found a way to green even drought-prone places such as Kutch, Bhuj and Saurashtra.

A plastic pipe seven inches in diameter and 1-1.5 ft long is planted in the soil with the seedling beside it. The pipe is filled with a mixture of sand, soil and gravel. It is then taken out, leaving the column of mixture behind. Now, when water is poured on the sand, it directly reaches the plant roots, thereby eliminating loss of moisture and promoting plant growth in the water-scarce area.

Currently, Premji is focusing on watershed development through his organisation Vruksh Prem Seva Sanstha Trust. About 150 nature clubs are active in this work on 1,000 hectares.

Although the government offers several subsidised schemes to encourage the development of check dams on farmers’ fields, these are mostly seen as government projects and the people rarely take on the responsibility of maintaining them.

Premji’s scheme offers assistance to people who are willing to join together and bear all the costs of a check dam, except that of the cement.

Till date, he has built 1,500 check dams by providing complete financial support and 400 others for which he met the cement cost.

He encouraged farmers to improve the design to help save on labour and cost. They were motivated to innovate as they met much of the cost. Thus, while the government schemes had uniform design and, often, uniform costing norms, variability became the hallmark of those promoted by Premji, with an emphasis on cost-effectiveness and efficiency.

Tue Apr 3 , 2012
Even as Hindus fight a proposed ban on the Russian translation of the Bhagavad Gita, in Catholic-dominated Poland the sacred scipture has for the first time been translated into the Polish language from its original Sanskrit text. The translation has been done by a Polish lady, who has done her […] 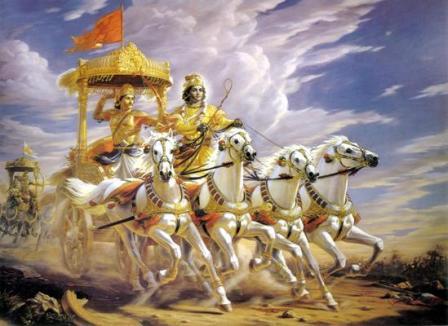