Virudhunagar District, Tamilnadu: Village Pandalkudi in Virudhunagar District, Tamilnadu, witnessed a peculiar scene on September 23, 2012. A team of 32 Youngsters, led by RSS District Secretary Marimuthu were arrested by police for going in a procession with strict RSS discipline to mark the 150th Jayanthi of Swami Vivekananda. Dakshin Tamilnadu Prantha Karyawah Aadalarasan tried to make the police understand the significance of the occasion in a peace meeting just before the procession. But, Police were adamant, but Swayamsevaks proceeded to conduct the route march as per plan.  They were arrested, harassed and later released.

Tue Sep 25 , 2012
Bangalore September 25: “Deendayal was a great visionary of last century, a person par excellence. His concepts of Integral humanism, his thoughts on life and values of social discipline are still finds a significant place as India needs such a way of resurgence based on Dharma as proposed by Pandit Deendayal Upadhyaya” […] 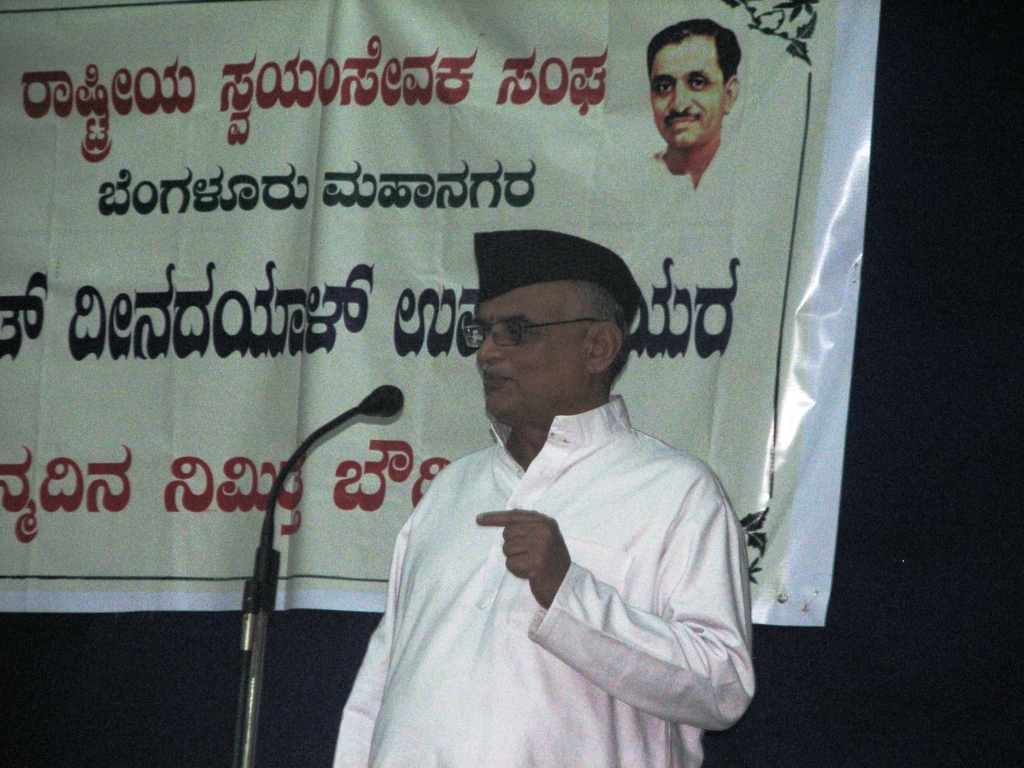