Inauguration of the Camp: The camp was formally inaugurated by Sri Loganathan, Secretary of Maharishi Vidya Mandir, Hosur and  Sri Venkataramana, Secretary of Maharishi Vidya Mandir, Hosur.  Shri D.Shankar, Pranta Shareerik Pramukh spoke on what is expected from the Sikhsharthis. Sri Annayappaji, Jilla Sanghachalak was the Varga Adhikari.  Sri Srikanth, Auditor and the President of the Reception Committee, Sri Sambamurthy Ji, Prantha Saha Karyawah, Uttar Tamilnadu were on the dias. Mathru Bhojan: As the Krishnagiri Jilla had excellent household contact, Mathru Bhojan was arranged in the camp one day afternoon. A total of 42 families consisting of  72 women brought in homely atmosphere with homemade dishes which was relished by the swayamsevaks. Sri Bakthavatsalam, Pranth Pracharak addressed the gathering highlighting the need for preserving values in the family and society. Village Contact Programme: All the Swayamsevaks, in batches went to 8 villages and 6 nagars in and around Hosur town  and contacted villagers.  This was arranged in order to give confidence to the trainees in contacting new places and conducting Shakas.  The local people of the villages warmly welcomed them and hospitality shown by the villagers touched the hearts of the Swayamsevaks.  The swayamsevaks while sharing their experiences expressed that their confidence level increased.
Elders Meet: At the venue of the Camp, an Elders’ Meet was arranged one day in the evening.  A total of 40 elders comprising of people drawn from all walks of life participated in the meet, which was addressed by Sri Ravikumarji, Vishwa Vibhag.  He highlighted the work of RSS which was followed by an interaction with question and answer session. Public Function: The Public function. which was held on 22ndMay 2012,  started with pradarshan  by the Sikkshartis wherein various skills like Dhanda, Yoga, Niyuddha, Samatha, Ghosh etc., were exhibited. Ma.Annayappaji, Vargha Adhikari delivered the welcome address and Sri Rajanji, Pranta Sampargha Pramukh gave a brief report of the Sangha Siksha Vargha. Sri Ramakrishna Prasad Ji, Prantha Boudhik Pramukh addressed the large gathering in Telugu since Hosur town consisted of large section of Telugu speaking people.  He narrated few examples on how Sangh has been bringing transformation in the lives of swayamsevaks in the camp and outside in spite of the gloomy atmosphere in the country.  He also appealed to the locals to participate in the Sangh work.  Sri Prakash, Chennai Vibhag Saha Karyawah addressed the gathering in Tamil.  He appealed to the locals to see to it that a padasanchalan is held during the coming year as the same was denied by the police authorities. He also requested them  to celebrate the 150th Birth Anniversary  of Swami Vivekananda in a grand manner.
Sri  Shanmugavel, M B B S, M.D, who presided over the function emphasized on the role of awareness that a common man needed in the society.  Sri VenkatesanSwamigal of Thatta Ashram, hoisted the Bhagawa Flag.  A total of 400 people from 40 villages participated in the function.  Dr.M.L.Raja, Pranta Sanghachalak was on the dias.
Sri Srikanth Ji Auditor and President of Reception Committee delivered vote of thanks. Sri Sethumadhavan Ji, Akhila Bharatha Karyakarini Sadasya Sri Bakthavatsalam, Prantha Pracharak, Uttar Tamilnadu, Sri Kumaraswamy, Prantha Karyawah, Sri Sambamurthy Ji, Prantha Saha Karyawah and other Sangha Adhikaris attended the function. 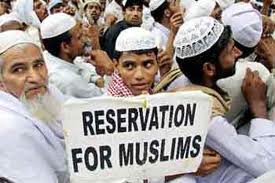