Kasaragod September 7: Ignoring the repeated negligence by the authorities, self motivated Bharatiya Mazdoor Sangh took an initiative to repair the road in Kasaragod City, which received a mass public applause.

National Highway-66 (Formerly it was NH-17), which witnesses an all-time busy traffic, most on medical emergencies was deeply damaged due to poor road engineering  works and heavy rain. The state and district administration was silent on these basic facilities. Activists of Bharatiya Mazdoor Sangh of Kasaragod unit decided to clean and repair the public road.

BMS volunteers, who are professional laborers , were inspired by Rashtriya Swayamsevak Sangh ideology of Selfless Service to the Society. BMS workers repaired the road in front of Uma Nurnsing Home near Talipadpu Maidan at Kasaragod.

The Bharatiya Mazdoor Sangh (Indian Workers’ Union) is the largest central trade union organization in India. It was founded by Dattopantji Thengdi on July 23, 1955, which also happens to the birthday of Bal Gangadhar Tilak. It is an RSS outfit.

The BMS has over 8.3 million members. At present it is estimated around 5860 unions are affiliated to the BMS. According to provisional statistics from the Ministry of Labour, the BMS had a membership of 6215797 in 2002. It can also be noted that the BMS is not affiliated to any International Trade Union Confederation. Shri C. K. Saji Narayanan is the current president of the organization, and Shri. Baij Nath Rai its General Secretary.

Fri Sep 7 , 2012
Detect and Disenfranchise Bangladesh  Infiltrators from India Full Text of the Speech Delivered by Ram Madhav, Akhil Bharatiya Sah Sampark Pramukh at Bengaluru on September 1, 2012 We all must be evergrateful to the All Assam Students Union and it’s leaders like Prafulla Mahonta and Sarvananda Sonowal. It was they, […] 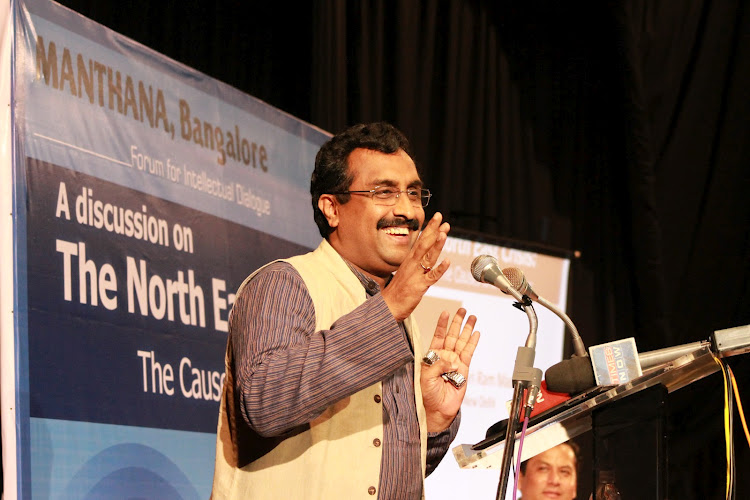