“Thank you for being so kind to me, I had expected much worse”, said Dileep Padgaonkar.

“Thank you for being so kind to me, I had expected much worse”, said Dileep Padgaonkar in response to a particularly belligerent question answer session on culmination of a discussion on the interlocutor’s report on Jammu and Kashmir. The comment was made at an event organized on 21st July 2012, at New Delhi by a think tank “India Foundation,” to discuss the report. Apart from Dileep Padgaonkar the panellists included Arun Jetley, leader of the opposition, Arif Mohammad Khan, former Union Minister and Dr Jitendra Singh, Director of a think tank, JK Study Centre. Smt Nirmala Sitharaman, one of the directors of India Foundation, chaired the proceedings.  The discussion witnessed a brief overview of the report presented by Dileep Padgaonkar followed by the other panellists giving their views; in the end came the question answer session. The three other speaker, in language bordering on the abrupt to diplomatic, expressed dissatisfaction on the content, context and recommendations of the report. A large number of people from across the country, especially from Jammu and Kashmir, had come to participate in the discussion. Not one spoke in favour of the report and Dileep Padgaonkar was well and fairly cornered.

The not very congenial proceedings and Dileep Padgaonkar’s final response led me to mull over a very basic question – If he and his team members were aware of the negative response that their report would generate, why did they table it in the first case? Surely, they would have realised that what they were saying went against the emotions and aspirations of significant segments of the society whose problems they were mandated to resolve. They had an option to state that the political divides in the State, in their present form, gave no space for interlocution and this exercise be called off. They could have emphasised that the people need time to come to terms with the turmoil that they had faced during the period of peak terrorism and insurgency. This would have been a more mature response and sage advice to a government which is hell bent in thrusting a solution down the throats of a bewildered population not yet ready to accept the same. Had the interlocutors done this, Dileep Padgaonkar would have been feted in the same place where he received brickbats. As things stand now the report has, instead of showing the way forward, regressed discussions to the very fundamentals of the so-called dispute. We are back to discussing the period of accession; dubious political machinations orchestrated by some leaders of the independence era and dangerously explosive issues like addressing Indian territory under forcible occupation of Pakistan as “Pakistan administered Kashmir.”

From the exposition given by Dileep Padgaonkar one got an impression that the group set about its task only with peripheral knowledge of the history, geography and civilisation of the people they were to deal with. As a result, when they came face to face with the problems, they were left a trifle overawed and much confused. This would happen to any outsider who is suddenly accosted with the complexities of regional divides, critical demography’s, political complexities, strategic imperatives, political blunders, corruption, economic segregation, unmitigated violence and a host of other very complex issues. It is even more difficult for urbane intellectuals to come to terms with such harsh realities and clearly, the interlocutors were affected by what they saw and heard. Therefore, an element of emotion crept into what should have been recommendations based on hard facts and political realities. Due to an inability to view the larger picture they have tried to please everyone and in the process, accentuated the divides.

There is no point left in analysing the report whose redundancy has been established. The best way forward would be to catch the main points of dissension and make them the benchmarks for future debates. The main issue articulated brilliantly by Arif Mohammad Khan relates to the relationship of foreign sponsored terrorism and insurgency with the debilitating circumstances of the state. We all know what happened in the terrible period when terrorism was at a peak, what now needs to be looked into on priority one is the manner in which it was dealt with by the collective will of the people and the unrelenting support of the security forces; the affect that this battle had on the generation which fought it; the affect which it will have on the generations that are picking up the threads and trying to move on in life and, most important, the actions that need to be taken to ensure that this never happens again.

It was very evident from the discussions that security was, is and will remain the main issue in Jammu and Kashmir and this is exactly what the interlocutors tended to ignore. Dileep Padgaonkar made only a peripheral reference to this aspect. He talked of discussions with the Director General of Police and Paramilitary forces and conveniently forgot to mention the Army; it was only later when other panellists spoke emphatically about security that he referred to some informal discussions with army commanders in Srinagar and Udhampur. All other panellists, on the other hand, gave maximum attention to security aspects; cross border terrorism and the stake of the army in the region. Arun Jetley went to the extent of stating that those who are rooting for partial revocation of the Armed Forces Special Powers Act deserve to be in the Hurriyat.

Instead of facilitating integration and forward movement the interlocutors have opened a series of Pandora boxes. No progress can be made on the basis of the recommendations contained in the report since it is misconceived and out of depth. It has neither articulated the real issues nor addressed the roots of the problem. The only option left is to ignore it and move on. 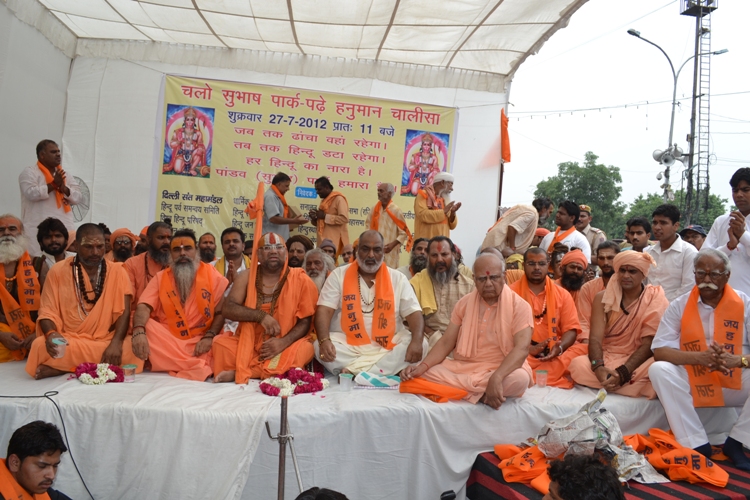