The event was unique as it provided an opportunity to the participants of the two day conclave to share their experiences and suggestions with the audience and organizers. Many who shared their experiences were appreciative of the organizers for having organized such a unique conclave that not only enabled them to share and learn from other Seva organizations but also gave them an opportunity to witness the Seva activities going elsewhere in the state that are causing a revolution at the ground level. A unique sharing was of a husband and wife from Shivamogga, who both are involved in Seva activities, who said that they were pleasantly surprised to know about the thousands of Seva projects happening all over the state through Seva organizations affiliated to the Sangh only through this conclave. A few participants shared their ideas on how the next similar conclave can be made more impactful. One suggestion to organize blood donations camps at such conclaves was well received by the audience.

A beautiful song ‘Thayibharatiyapadapadmagalapoojisonabanni’ was very well sung by a Sevika of the Rashtriya SevikaSamiti at the session.

The highlight of the concluding session was the ‘Bhauddik’ by Shri. Gopal Bhat. Following are the salient points of his speech that the audience listened in rapt attention.

–          He said that this 2-day conclave of Seva organizations provided all an opportunity to witness and experience various Seva activities from all over the state.

–          He cited the example of a mango tree which would always give a sweet mango whatever grows in its surroundings. Similarly he said, a Swayamsevak serves the society after getting disciplined in a shakha and just as a tree doesn’t get affected by its surroundings, a Swayamsevak will not get affected by the ills of the society but serve the same society and live for Desha, Samaja and Dharma.

–          He cited Swami Vivekananda who had said that true life is one who lives his life for the sake of others. Hence he reminded that Seva is not only service during calamities but serving the needy and the society in our day today like or whenever possible.

–          He narrated an example of a ‘UpakramaSheela Shakha’ i.e. an ideal and progressive shakha in Karnataka, where the locality surrounding the shakha was infested with snakes and the residents were troubled daily. But since no one had the experience to deal with snakes, the MukhyaShikshak and few other Swayamsevaks took upon themselves to get trained in catching snakes and cleared the locality of snakes. By this they set an example of selfless service to the society.

–          He also cited many examples where Christian families returned to Hinduism after being part of local Seva Bharati units and witnessing the change they brought about in the society.

–          He urged each of the concerned in the audience to start a ‘Balagokula’- a periodic event organized to instill Bharatiya culture and tradition in kids through game play and informal coaching, in their respective localities as Balgokula has been so impactful that many Christian families were reformed and returned to Hinduism after witnessing the change in their children.

–          He cited the example of community participation in Seva where the residents of a small village in Dharwad rejected the evil designs of World Vision to convert the villagers only because they had witnessed the selfless Seva activities happening in their village by Seva Bharati volunteers.

–          He said that every Swayamsevak should put service to nation and society above the individual needs. He also reminded that there are 2 ‘Dana’s or grants each Swayamsevak or Seva Volunteer’s family and self should give. They are:

–          He concluded by saying that it is our duty to involve everyone in the society for Seva and thus witness a glorious Bharat in the near future.

The sessionconcluded bysinging the Sangh Prarthana by all the participants. 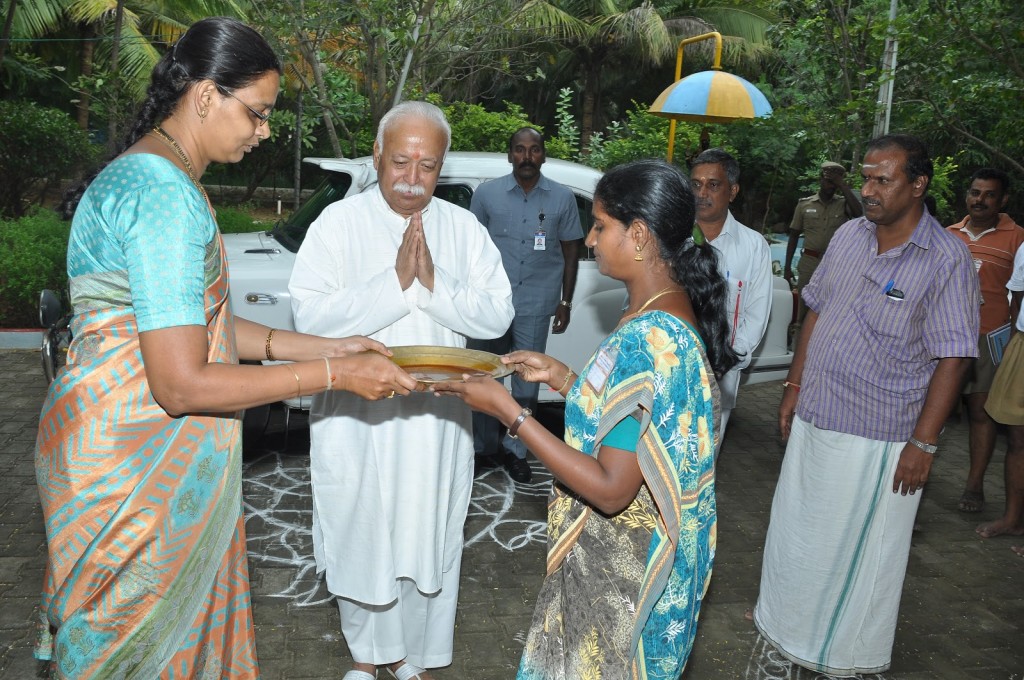