JAIPUR: Shaikshik Manthan Sansthan organised a symposium on Sri Ram Sethu in Jaipur. Presiding over the symposium national president of the Akhil Bharatiya Rashtriya Shaikshik Mahasangh Dr Vimal Prasad Agrawal said there is a group of nations in the world which does not want to accept the ancient history of India and that is why they, through different forces, are trying to deny the existence of Sri Ram and Sri Ram Sethu. “But they will not succeed at all, as the people of India are now awakened,” he said.

Rajya Sabha MP Shri Bhupendra Yadav said protecting the national heritage is the duty of every citizen. He said the protection of Ram Sethu is must not only for cultural, historical and religious aspects but also for ecological aspects. “The blind race of development which we are today following is leading to huge environment degradation. The modern development can be said fruitful only when it is balanced,” he said adding that despite clear reference of Sri Ram Sethu in Ramayana, Mahabharata, Agni Puran, Padma Puran as well as the gazettes published by Britishers, questioning the existence of Sri Ram by the Central Government is highly condemnable,” he added.
Earlier, introducing the topic of discussion national organising secretary of the Akhil Bharatiya Rashtriya Shaikshik Mahasangh Shri Mahendra Kapur said the Shiakshik Manthan Sansthan organises workshops, seminars, symposiums and lectures on different topics and the present symposium was also part of the same endeavour. The symposium was held on May 29.

Mon Jun 11 , 2012
JYOTISAR (Kurukshetra): The legendary banyan tree under which Lord Krishna is believed to have delivered his message of “Bhagvad Gita” to Arjuna is dying a slow death, reported TIMES OF INDIA (TOI). Considered to be more than 5,000 years old, this tree at Jyotisar near Kurukshetra in Haryana is reportedly […] 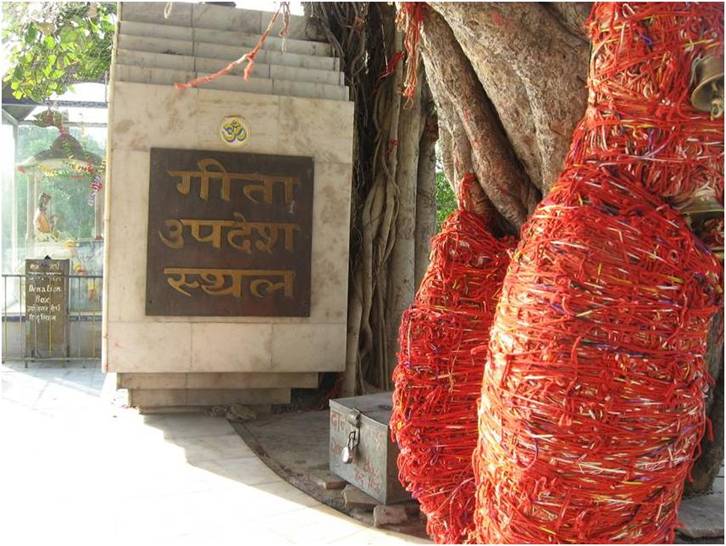